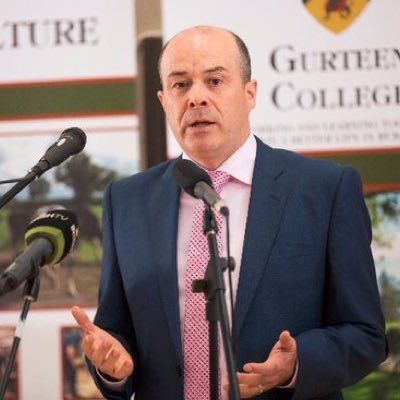 Adversaries of the EU commission were bound to exist as the revenues obtained from roaming are about to fall dramatically. In Ireland there’s no doubt that troubles are coming with Brexit effects and Roaming regulations this summer. Here’s how the landscape is looking these days…

The European Commission has warned Irish mobile phone operators they will be in breach EU law if they attempt to impose high roaming charges by stealth once they are abolished across the EU in June. It also called on Comreg to police Irish mobile phone operators to ensure they do not modify consumers’ contracts in order to continue to impose roaming charges in contravention of EU law.

It has been reported that Three mobile has plans to modify its terms and conditions in order to offer unlimited data to home users but changing its description to make it a “service benefit” rather than a “core” part of a user’s contract. The core part of the contract will be dramatically reduced if customers travelling in the EU exceed the new lower limit, Three will impose charges of €60 for each excess gigabyte used.

Vodafone on the other hand has committed to implementing a

and it said its tariffs

“would stay exactly the same and customers will be able to use their tariffs with no additional cost in EU regulated countries”.

Reports about the modifications to Three Mobile and Meteor’s contracts prompted the European Commission to issue a strong statement expressing concern and warning Irish operators against trying to persist with roaming by stealth.

The Commission said there was

“no loophole by which part of the domestic data allowance could be regarded as gift or side benefit and would therefore not count when traveling abroad. Doing so would appear like a clear case of circumvention”

of the new rules.

The Commission said that under the the new rules operators will not be allowed to offer only half a roaming experience to clients. If phone operators choose they can offer contracts without any roaming or offer specially designed “alternative roaming tariffs” that fall outside the default regime and which must be explicitly chosen by customers.

The Commission also said that operators can also exceptionally limit roaming data volumes to at least twice the volume of data that can be purchased by the value of the customer’s monthly contract at the wholesale roaming data price cap, when the domestic contracts offer unlimited data or data at very low domestic prices. However in such cases, the price of the roaming volumes consumed is still the normal domestic price.

It said ComReg would have

In response to the Commission’s comments a spokeswoman for Three said the changes to its bill pay plans will come in to effect in April.

“The plans now include a generous allocation of data which, in addition to the call and text plan allocation, can be used at home or when roaming in the EU. All You Can Eat data (AYCE) remains available to customers, for free and for use at home, as an additional service.”

She said the company would

“continue to offer some of the most competitive plans on the market that are affordable and offer real value to our customers and we will remain industry leaders for data. We are satisfied that our approach is compliant with the new Roaming Regulation.”

A ComReg spokesman told The Irish Times that it

when they come in in June.

MEP for Ireland North West Marian Harkin welcomed the intervention of the Commission.

“I am pleased to see the clarification from the EU Commission on this attempt by certain companies to find a way to charge their customer’s excessive amounts for data roaming,”

“Those days are gone. Companies which try to prolong them will be in contravention of the legislation as well as sending a clear message to their customers that they intend to try to jack up their mobile phone bills when they use the same data allowance abroad as they do at home. At the very least, this is a poor customer relations policy.”

Communications Minister Denis Naughten has been accused of failing to adequately engage with the mobile phone operators on the issue of roaming charges and of allowing them room to evade new EU rules.

Fianna Fáil Spokesperson on Communications, Timmy Dooley made the comments after he requested that ComReg be brought before the Oireachtas Communications Committee to explain how they plan to ensure that Irish mobile phone operators enforce new rules which will end roaming charges.

The end of roaming charges is due to commence from July 1st 2017 with successive reductions in maximum charges planned over the next two years.

“We have heard reports that a number of Irish operators were planning to circumvent the new EU regulations and claim that ‘unlimited data’ is a service benefit rather than a core part of a customer’s plan,”

“As I said previously, this is a highly cynical and mean-spirited attempt by the phone operators to continue to gorge on the cash-cow that is roaming charges in the pursuit of increased profit. Minister Naughten cannot be allowed ignore his responsibilities on this matter. He needs to immediately haul in the operators to meet him, and explain to them in no uncertain terms that what they are proposing is counter-productive and ill advised,” he added.

“This flagrant attempt to circumvent EU regulations has the potential to damage Ireland’s reputation, and worryingly deter would-be tourists from visiting Ireland. They would rightly expect Irish operators to implement EU regulations in the same way as in their own countries,”

“Irish consumers have been the victims of excessive roaming charges for decades, and they, especially those living along the border, have been awaiting the end of these exorbitant fees for some time. Any attempt by Irish operators to evade the new rules should be met forcefully by the Minister, in conjunction with ComReg. The EU Commission is absolutely clear in its belief that no operator can continue to charge such excessive fees, and attempts by Irish operators to circumvent their implementation are a direct violation of the rules,” Mr Dooley concluded.