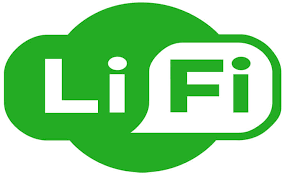 Apple’s iPhone 7 could be released with Li-Fi technology to replace Wi-Fi and it’s said to be a hundred times faster. A Twitter user spotted a peculiar data from Apple’s iOS 9.1 code to indicate the company was testing out Li-Fi.

The term Li-Fi was coined by University of Edinburgh Professor Harald Haas during a TED Talk in 2011. Haas envisioned light bulbs that could act as wireless routers.

Subsequently, in 2012 after four years of research, Haas set up company pureLiFi with the aim ‘to be the world leader in Visible Light Communications technology’.

How it works
Li-Fi and Wi-Fi are quite similar as both transmit data electromagnetically. However, Wi-Fi uses radio waves while Li-Fi runs on visible light.

As we now know, Li-Fi is a Visible Light Communications (VLC) system. This means that it accommodates a photo-detector to receive light signals and a signal processing element to convert the data into ‘stream-able’ content.

An LED lightbulb is a semi-conductor light source meaning that the constant current of electricity supplied to an LED lightbulb can be dipped and dimmed, up and down at extremely high speeds, without being visible to the human eye.

For example, data is fed into an LED light bulb (with signal processing technology), it then sends data (embedded in its beam) at rapid speeds to the photo-detector (photodiode).

The tiny changes in the rapid dimming of LED bulbs is then converted by the ‘receiver’ into electrical signal.

The signal is then converted back into a binary data stream that we would recognise as web, video and audio applications that run on internet enables devices. 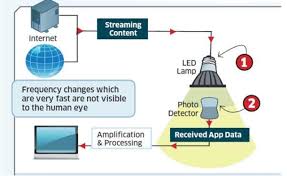 Li-Fi vs Wi-Fi
While some may think that Li-Fi with its 224 gigabits per second leaves Wi-Fi in the dust, Li-Fi’s exclusive use of visible light could halt a mass uptake.

Due to its impressive speeds, Li-Fi could make a huge impact on the internet of things too, with data transferred at much higher levels with even more devices able to connect to one another. (See also: What is the Internet of Things?)

What’s more, due to its shorter range, Li-Fi is more secure than Wi-Fi and it’s reported that embedded light beams reflected off a surface could still achieve 70 megabits per second.

Plus, with faster connectivity and data transmission it’s an interesting space for businesses. The integration of internet of things devices and Li-Fi will provide a wealth of opportunities for retailers and other businesses alike. For example, shop owners could transmit data to multiple customers’ phones quickly, securely and remotely.