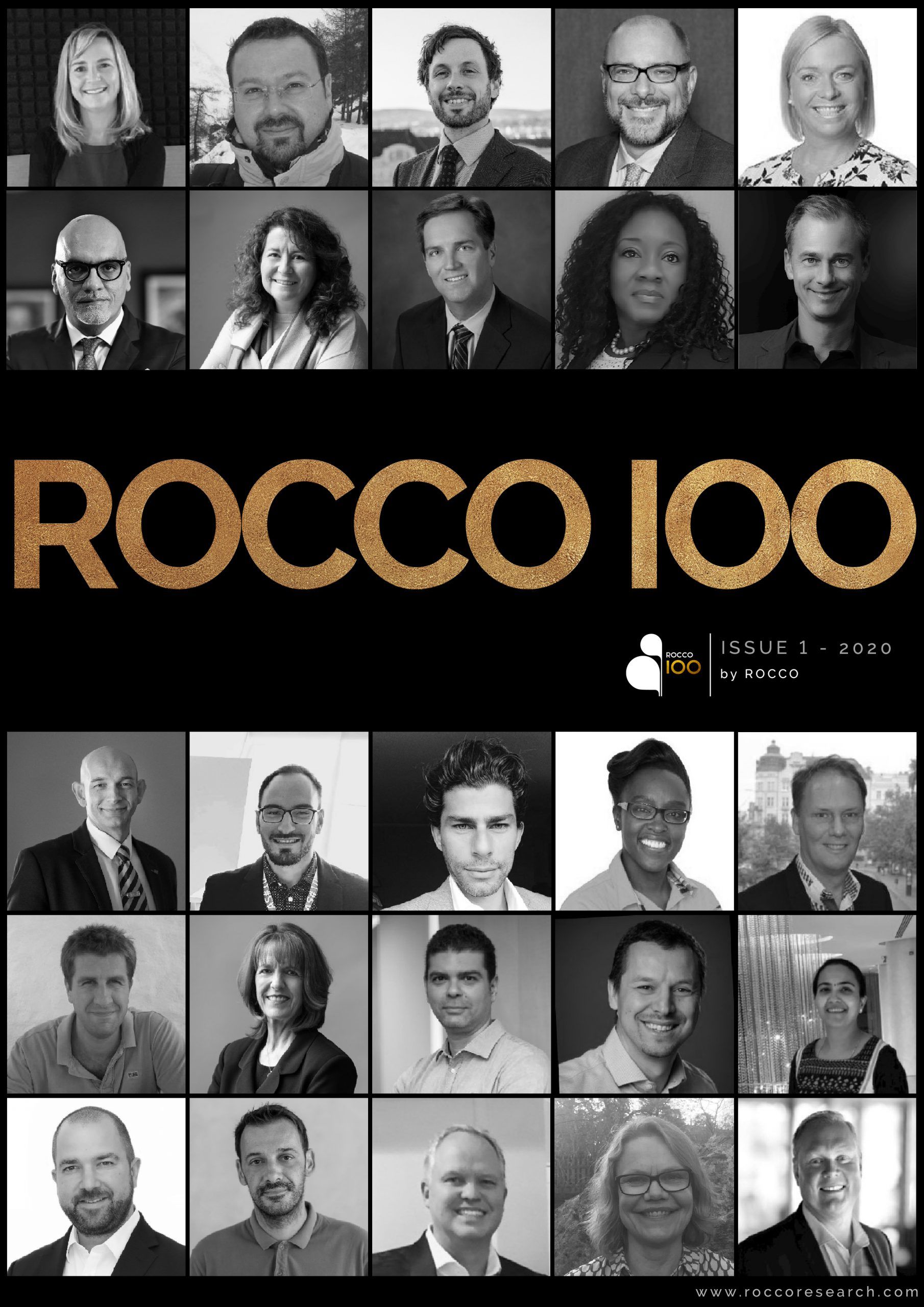 It has been said that,

“We never know which lives we influence, when or why”

and for most of us in our professional lives this quote might really ring true. However we are usually aware of those people who have influenced us and made a difference to our personal journeys. Once in a while, there comes an opportunity to recognise the influential people in your life and the difference they have made and to give appreciation.
Following several years of thinking and debate, in autumn 2019 Rocco Group decided to run a research project on influential people called the  “ROCCO IOO”. We had the idea that by trying to identify the 100 most influential people in the industry we might in some way raise the visibility of some of our industries heros, those in the spotlight or behind the scenes. We were not aware at that time what type of engagement this project would bring but were hopeful that people would contribute and pay tribute to some of their own influencers. Of all 130+ research projects we have conducted as a company it was the one study that could really help us to recognise the wealth of knowledge and vision in our industry and become a platform for appreciation.

It started in October 2019 with nominations, anyone in our industry could nominate anyone in our industry. Then on November 15th we commenced 100 days of voting, concluding at the end of February 2020. On March 6th we held a judges day in Seville  just prior to quarantine. Vicky Sleight, Charles Towers – Clark and Victor Pacheco were called in to help us analyse the data and with a strong methodology based on three factors of analysis we calculated and reviewed the justifications made by voters. We then finalised the ROCCO 100. 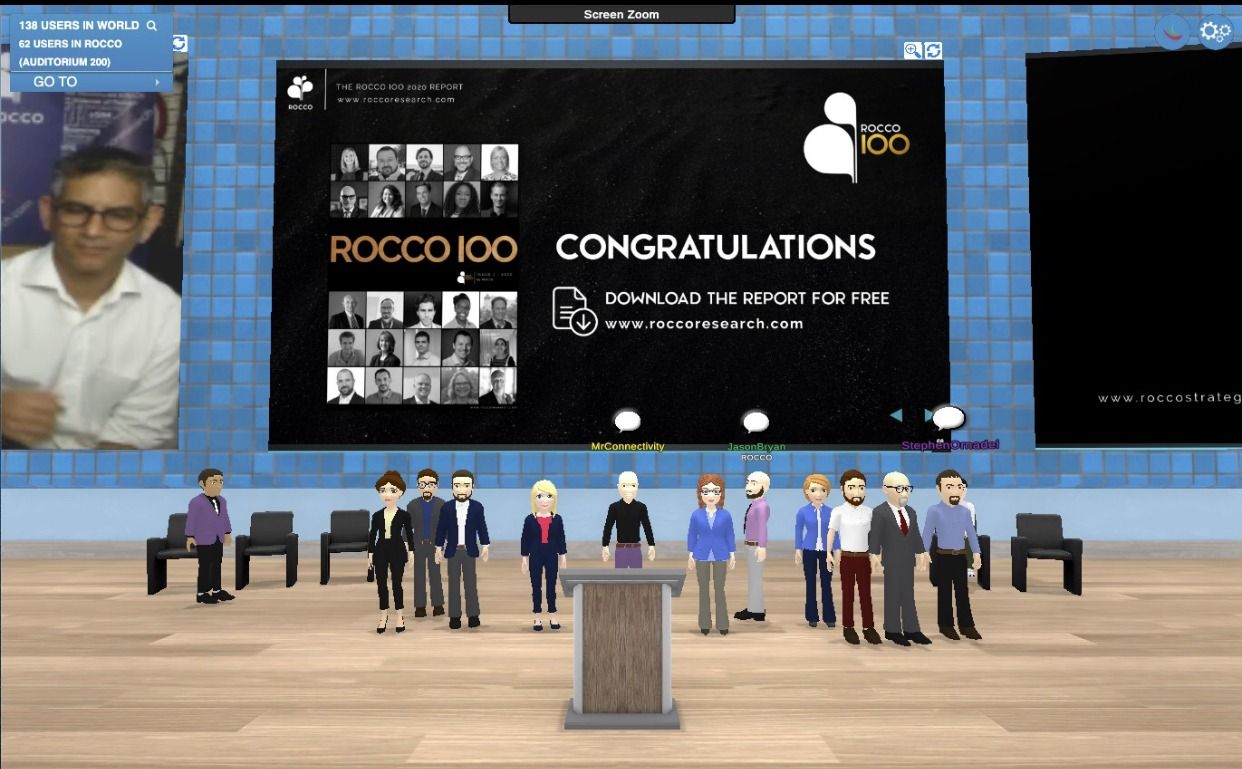 On 19th and 20th May 2020 ROCCO Group held a virtual conference with avatars, and announced the global top 25 most influential people. It was a new style of event and we were encouraged by the fact that most of the people who registered to attend could take part and hear the presentations.
The Report for ROCCO 100 is published on the 21st May. The free 170+ page report is based on the review of the ROCCO 100 people with insights of their own and quotes from voters about how they have influenced them. The team made an extraordinary effort to carefully prepare the report to best honour the 100 people. An aim from the start was also to analyse the regional, gender, company and age based data to try and understand more about what makes an influential person.

ROCCO uncovered that while 2/3rd’s of the ROCCO IOO were men, and the remainder were women, there were no significant differences between men and women in terms of their skills as influencers. Women had slightly stronger knowledgable attributes than men and where as men indexed better as problem solvers. Younger influencers were were also perceived to be very knowledgeable, in fact they had the exact same score as the oldest cohort. It was noted that women were more influential when younger and men when they were older.
While this is the first time anyone in the industry has conducted this type of research on this scale and with an international basis, we hope that it’s the start of a wider industry appreciation and a focus on mentorship, feedback and diversity. Let’s never again be in a position where we hold a panel session at a conference where we are wondering how to make that panel representative of our industry. With this report we now know much more diverse and influential group of people who i’m sure have a lot to say about how we can shape the future of telecoms. 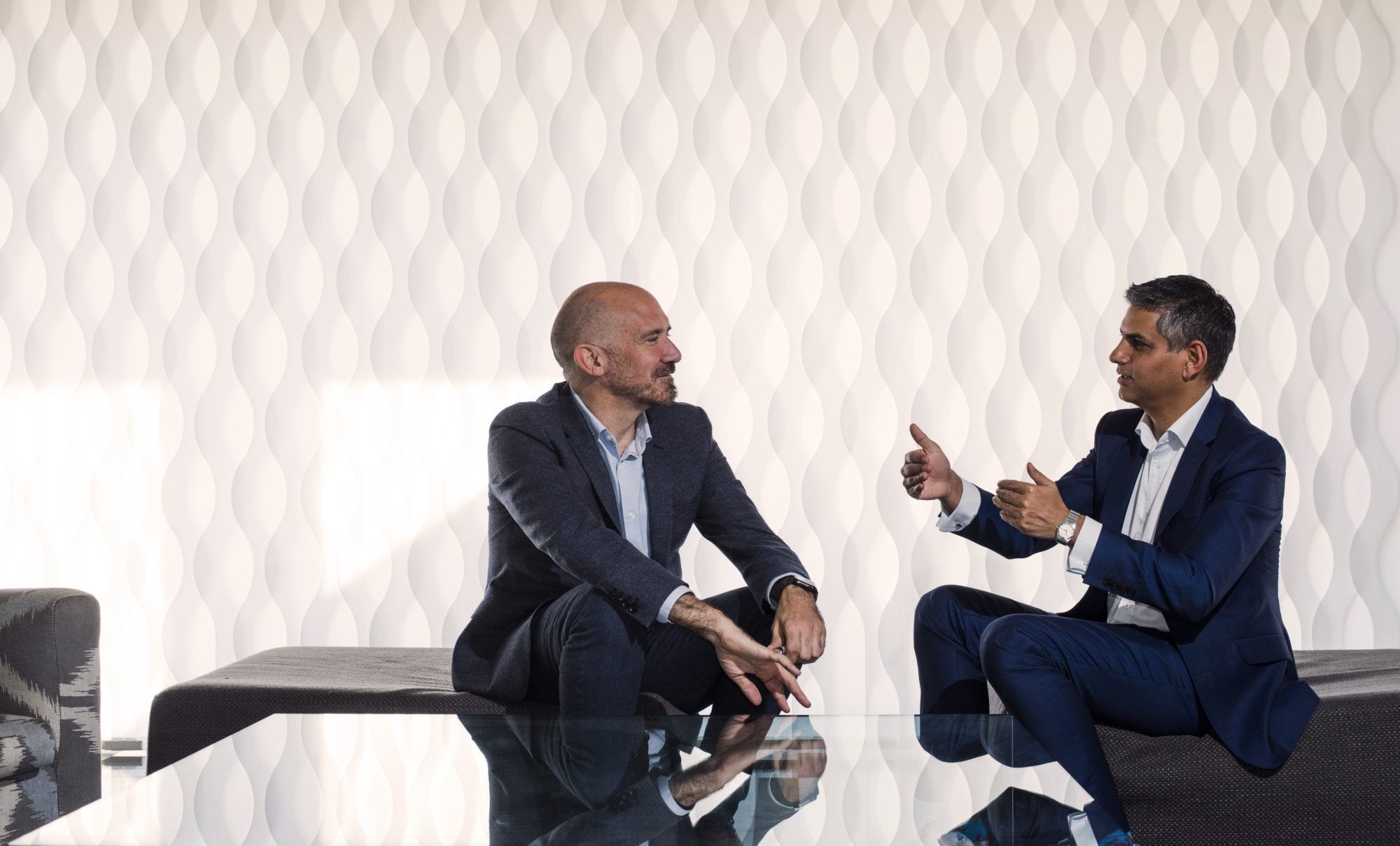