Skip to content
Polina Hristova Reports on The Week That WAS

Polina Hristova Reports on The Week That WAS

Rovinj — no Google-able images could ever do it justice.

I mean, that was the first thing I did when I found out I’d be attending WAS#8 — Google the location. Pretty, I thought, but once I saw it with my own eyes I understood it would be very difficult to photograph a place as diverse as Rovinj and capture its unique atmosphere in one flat image.

When the taxi dropped us off in the old city, we were instantly captivated by its homely charm, and even though it was raining heavily that Saturday, the coziness somehow prevailed through the storm… or perhaps we found it at the bottom of some good Istrian wine. The location for GSMA WAS couldn’t have been any better, especially for those of us who were already preparing for a harsh winter in the north. Flying down from chilly Sweden with an onset of a cold so typical for transitional seasons did not bode well, but a bit of sun, wine and truffles kept the fever at bay the entire week.

Luckily, 20+ C temperatures broke the gloom on Monday and stayed with us until the very last day.

The old tobacco factory was transformed into a spacious, elegant venue; the flower décor arranged in little oases throughout the halls and the main presentation room broke the stern, business-y feel. 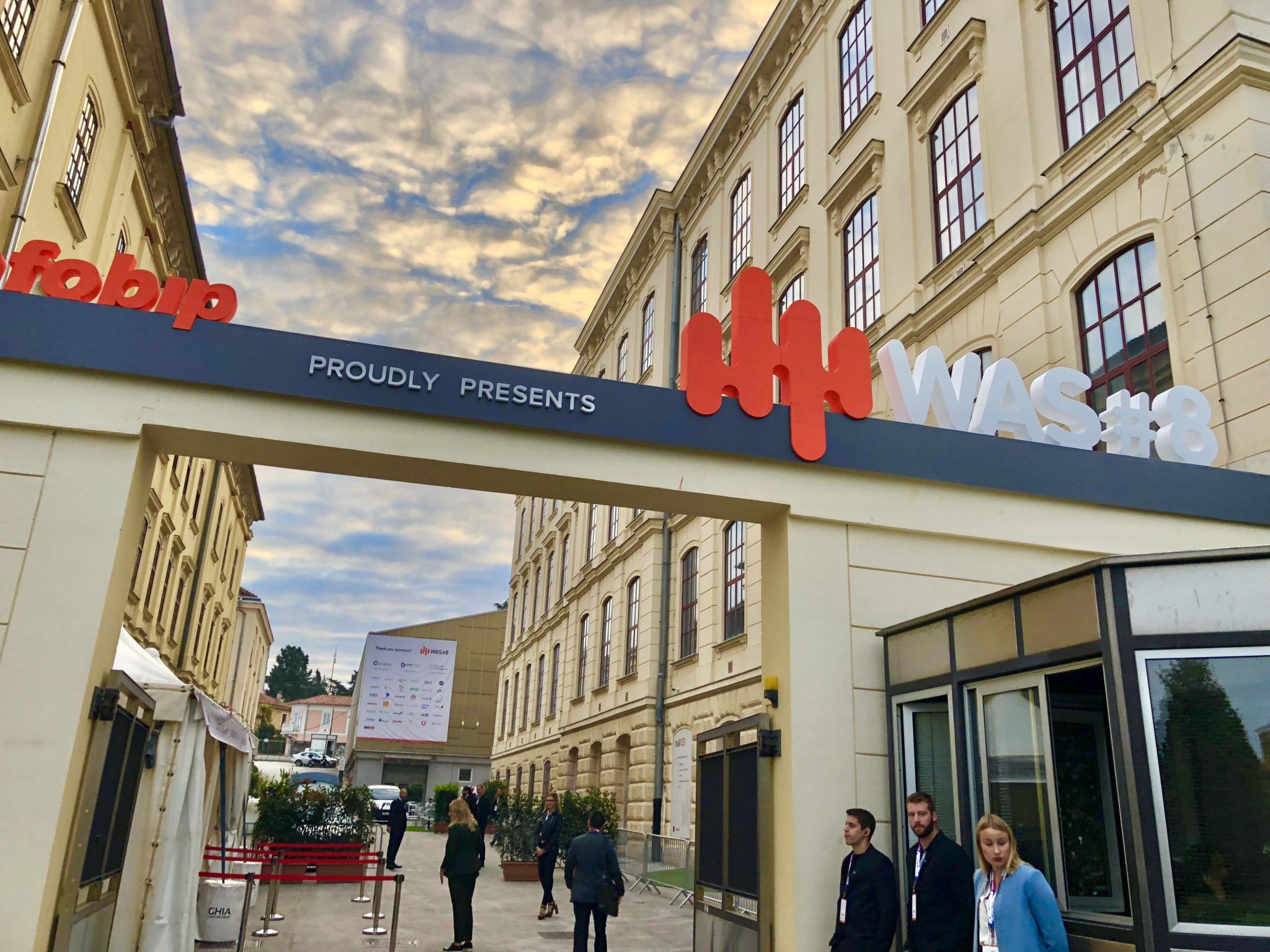 We hit it off with a VoLTE breakfast and we had our fill of VoLTE and less of breakfast (ha-ha). The discussion topics included implementation issues, business and commercial roll-out updates and the Greenfield initiative. Things are getting too expensive and it’s taking too long and if not properly done, VoLTE will have the exact opposite effect. Vodafone will be closing their 3G network in 2020, so a new momentum is en route… but deployment remains slow in Europe. There are network issues (CS and PS) and charging issues (voice, data, what is it?!), many of these covered in later sessions on VoLTE throughout the week. There was also some discussion on 5G, but everyone agreed MNOs have to finish deploying VoLTE first before tackling other issues.

We had planned a few interviews for our podcast that day, so unfortunately, we could not attend the opening ceremony. But the podcasts will be up on ROCCO Radio soon!

However, we couldn’t miss the Anam party that evening. The basilica of St. Euphemia (18thcentury) overlooks the city from its highest point and provides the most spectacular sunset views over the Adriatic Sea, the Mediterranean Sea’s northernmost arm. The church itself was beautifully lit in purple, and the party was right underneath the steep cobble stone street leading up to the historic site. 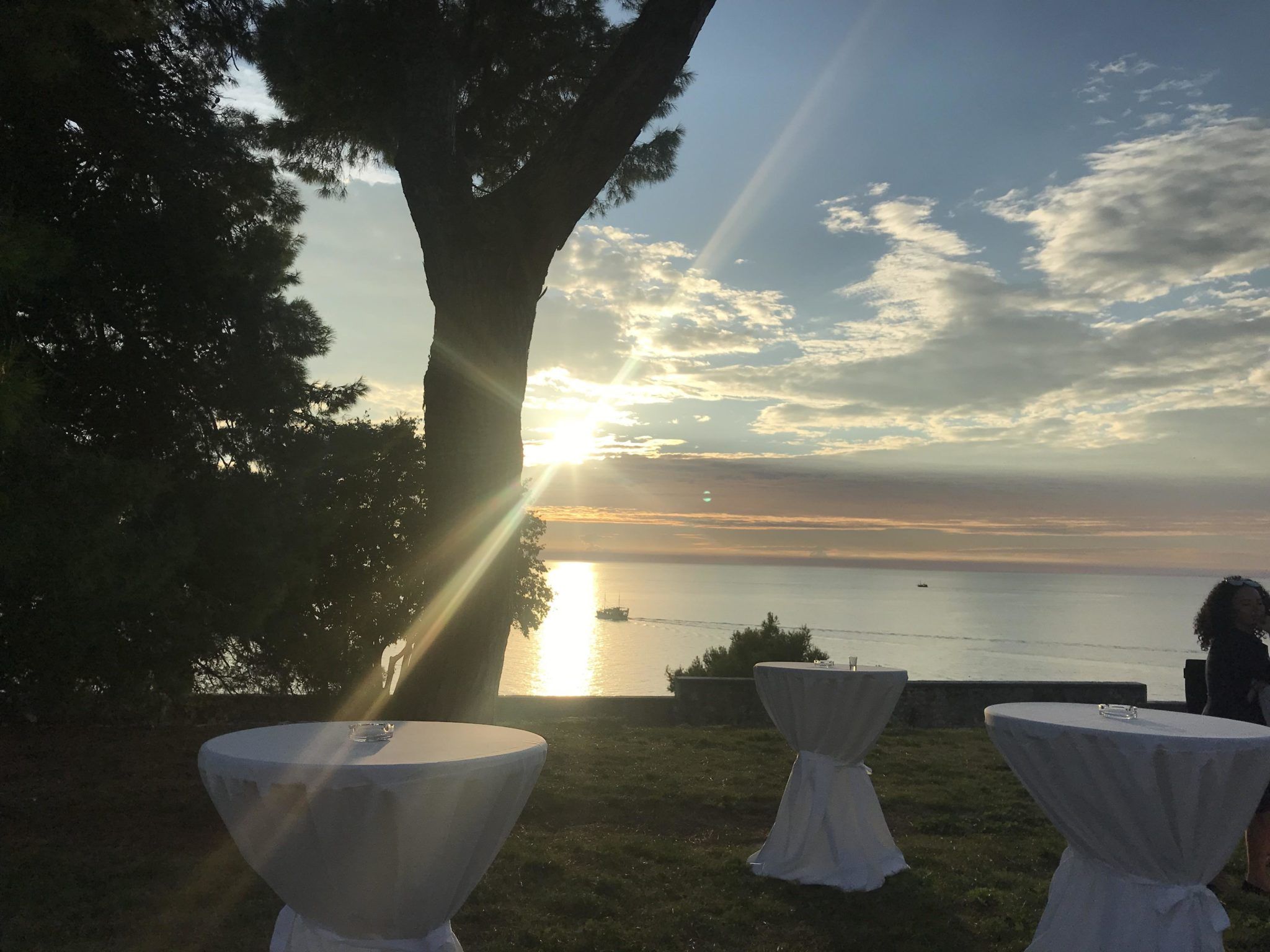 As the sun was setting, more orange-hued guests arrived to watch the colours descend into the blue-ish tones of the night. The live music, the food, the drinks but most importantly, the conversation, set the tone for the rest of the week, opening up hearts and opportunities.

Day two of WAS8 was proudly initiated by prominent Women In Tech: Sanja Buterin, Kathleen Leach, Vicky Sleight FRSA,Vedrana Miholic and Tina Fišić. Unfortunately, we could not attend the Women In Tech session last WAS#7 in Dubai, so we were immensely honoured when ROCCO’s CEO Jason Bryan was asked to join the panel. 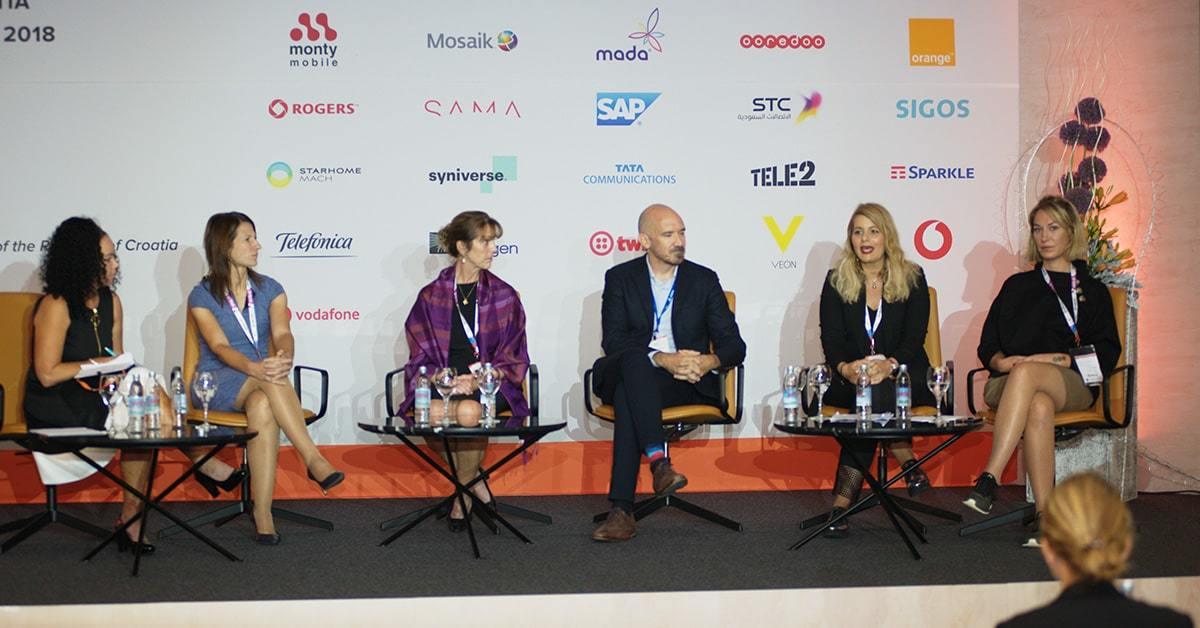 A forum space, mentorship, sponsorship, education – these are the goals of the Women In Tech movement, Kathleen Leach (Sprint) explained; these are the most important pillars in the development of any woman seeking to rise in the mostly male dominated STEM field.

Sanja Buterin (Marketing Director, Infobip) represented Infobip which has a stunning 35% of female employees, so they set the bar high for many businesses in the industry. Her message stands as a challenge for this homogenous industry to take the steps needed to include more women and flourish to their fullest potential.

Vicky Sleight, founder of Perfect Ltd. and Senior Advisor for diversity and inclusion, questioned the methods used to identify talent, accentuating on the need for more functional and diverse teams, and shared her rewarding mentoring experiences with the audience. Mentorship and moral support truly help the inexperienced to comprehend their strengths and work to the best of their abilities.

Vedrana Miholic walked us through her own experiences with her son who, in a family of engineers, was convinced for the longest time that he did not belong in the STEM field until he created his first robot. She introduced us to a unique initiative designed to inspire young, creative minds to create their own Hexapod robot – STEMI. Sometimes you need to do things differently, get closer to the metal and maybe you’ll be surprised.

And last but not least, Tina Fisic, founder of Women Techmakers Croatia, spoke about the hardships of women in tech in Croatia, the objectification they undergo in predominantly male work environments and the lack of support from like-minded men when faced with ridicule. “Some men laugh at me and my work while the rest stand around quietly, feeling uncomfortable.” She also fearlessly delves into certain aspects of women’s behaviour and victim mentality that prove damaging to their performance in tech. I had the pleasure to interview Tina for ROCCO’s podcast, so you’ll hear about all the juicy details very soon.

The following session on the IoT Program revolved around the same old idea of keeping IoT simple and cheap – something that’s proving to be quite the task. Low ARPU, more MIoT than LTE devices and complex maintenance leave a dent on the shiny, buzzword-y enthusiasm we were fed all year. The roaming aspect of it still remains complicated and expensive, and not due to a lack of simple charging models (BA. 27) but due to communication gaps and disagreement issues. Everyone agrees that 5G will most likely change the entire set-up completely, but TAP will not be evolved to cater for new services.

The grand event took place the evening of the second day of WAS, the playground being the Roman amphitheatre in Pula. The arena was visible from the plane right before landing in Pula, but it was a delight to see it in person. We were treated to a gladiator fight from the School of Gladiators, a fire-breathing dance and lastly, an incredibly memorable concert by 2CELLOS. Some sat on the stone steps to enjoy the show while others rocked out right in the front lines by the podium… but ultimately, the rumours that followed the next day confirmed that everybody partied a little too hard. 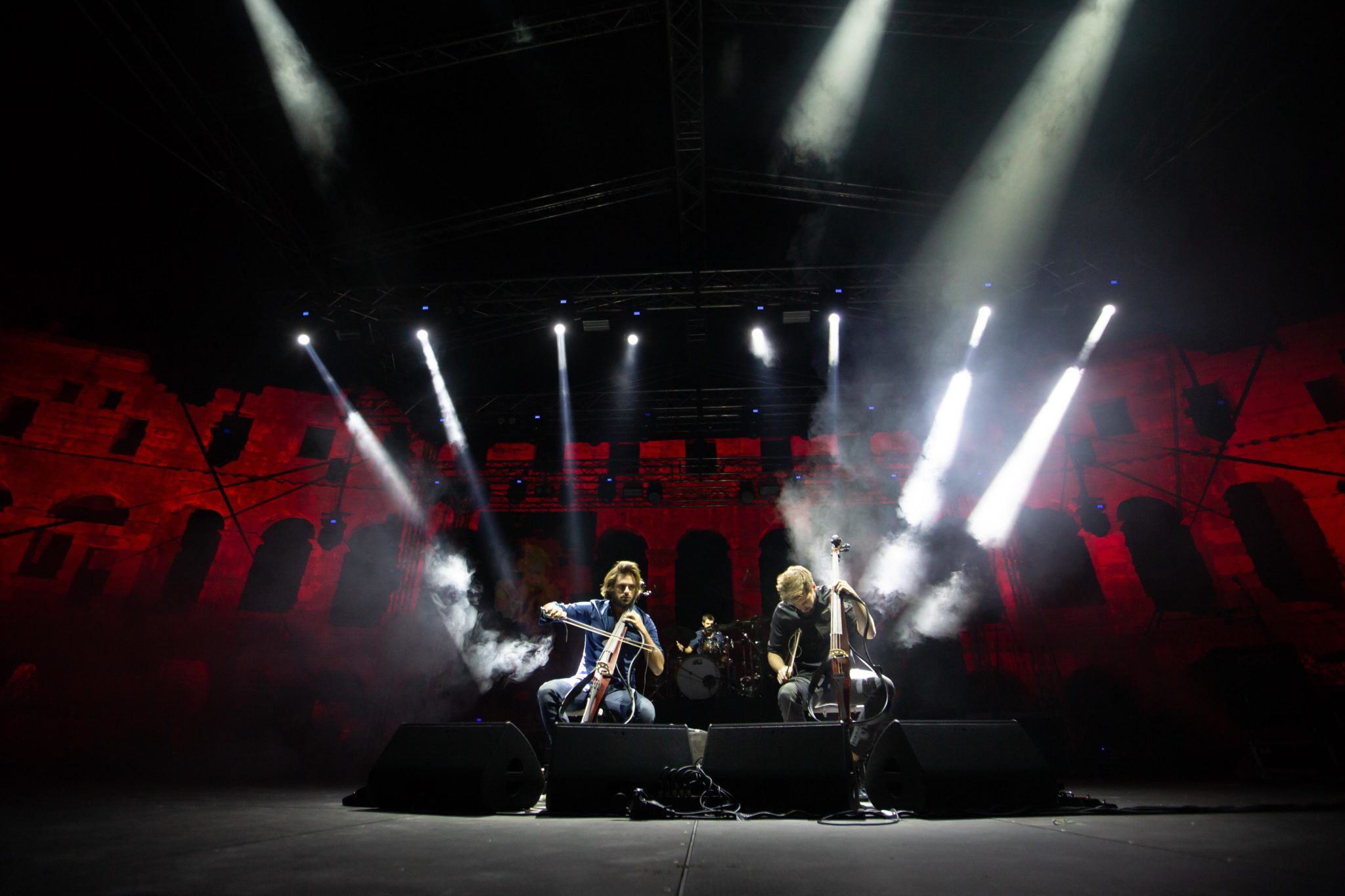 Some might’ve stumbled into the morning session on 5G Network Slicing with a raging hangover, but it was a topic everyone was excited about, despite it being mostly speculation. Network slicing will be necessary to support all mIoT devices, but it is still unclear as to how exactly each slice will be separated and differentiated, considering the volume and diversity of mIoT devices. When it comes to RAN options (SA or NSA), NSA is seen as the main focus, due to LTE usage. But the choices don’t stop there – the core also has to be figured out, but it’s obvious that most operators will implement a hybrid core for a long time. 5G roaming between two different core network types has not been addressed yet: “Many options (and perhaps headaches) when you consider the number of combinations for roaming.”

During the VoLTE session after lunch, we were presented with a ‘Lessons Learned’ section. Dave Hongjun Choi (Global Roaming Team director, LGU+) talks about the VoLTE situation in Korea, the challenges and difficulties with providing quality to customers used to VoIP services. Sometimes the recipient cannot recognise the call from overseas (caller number displayed as domestic number and the core network also recognises it as such), and the whole concept of VoLTE – is it data or voice? He suggests changing the UI to provide a seamless customer experience since it’s difficult to get people interested. Gilbert Relou (VP, Global Mobile Sales & Innovation, iBasis) pointed out that the VoLTE deployment is losing momentum; a VoLTE Greenfield initiative was launched to accelerate its global involvement. One day switching off 2G/3G networks and refarming the frequencies will be inevitable, but who will identify when MNOs should do it? 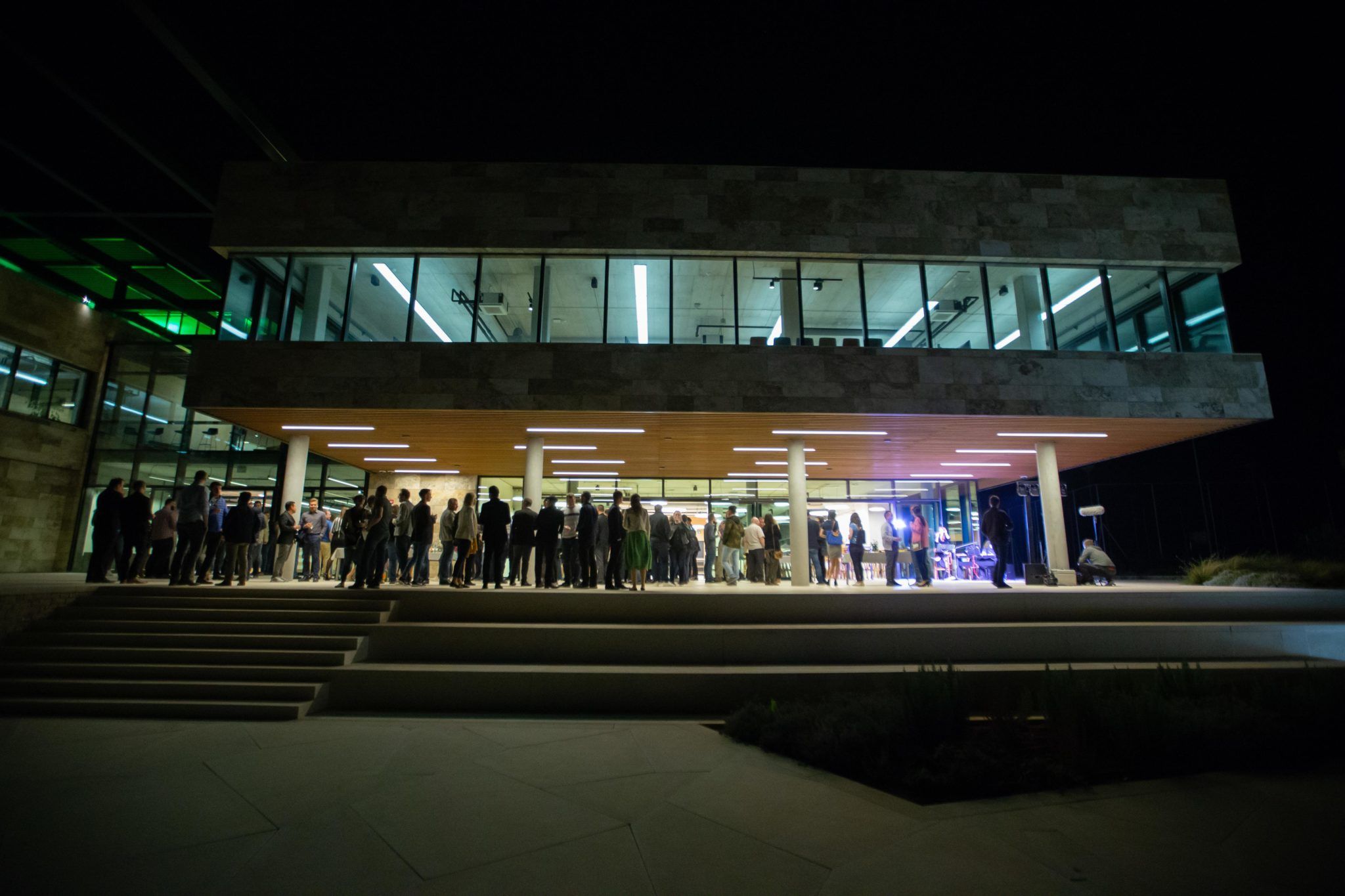 The last evening event took place at Infobip’s Vodnjan offices – a slick, modern building with a stylish interior and great atmosphere. Everyone felt at home. Or was that the delicious local food, the strong drinks? Either way, even the shyest felt at ease after a week of meetings and late nights. Time flies when you’re having fun and suddenly, we realised we were about to miss the last bus. Thanks, Infobip, for inviting us!

The morning session of the 4thday (and the last day of WAS) was on Millennials. As a millennial, my first reaction was to be skeptical or even a little bit offended, as I expected just another Millennial bashing. What else would one expect after countless of articles, videos and statuses complaining about us? I had no idea that Millennials had organised the session, so I was pleasantly surprised to see people my age occupying the podium. Chris Arnold (ATNI), Carmen Kwok (GSMA), Karoka Rajoo, Roger Brown (GSMA), Milind Gunjan (Sprint), Pablo Sanz Gonzalez (Telefonica) and Cecile Odorico (VRS) then proceeded to deliver spectacular presentations enriched with facts, humour and of course, memes. They had the entire audience roaring with laughter and earned a standing ovation. Honestly, they deserve an entirely separate article for their efforts and delivery. Here’s to hoping that the age gap in the industry will close and more millennials will join the next GSMA WAS event in Kuala Lumpur because despite our differences, life goes on and before you know it, we will be the ones running the world, but don’t be afraid – we got this. 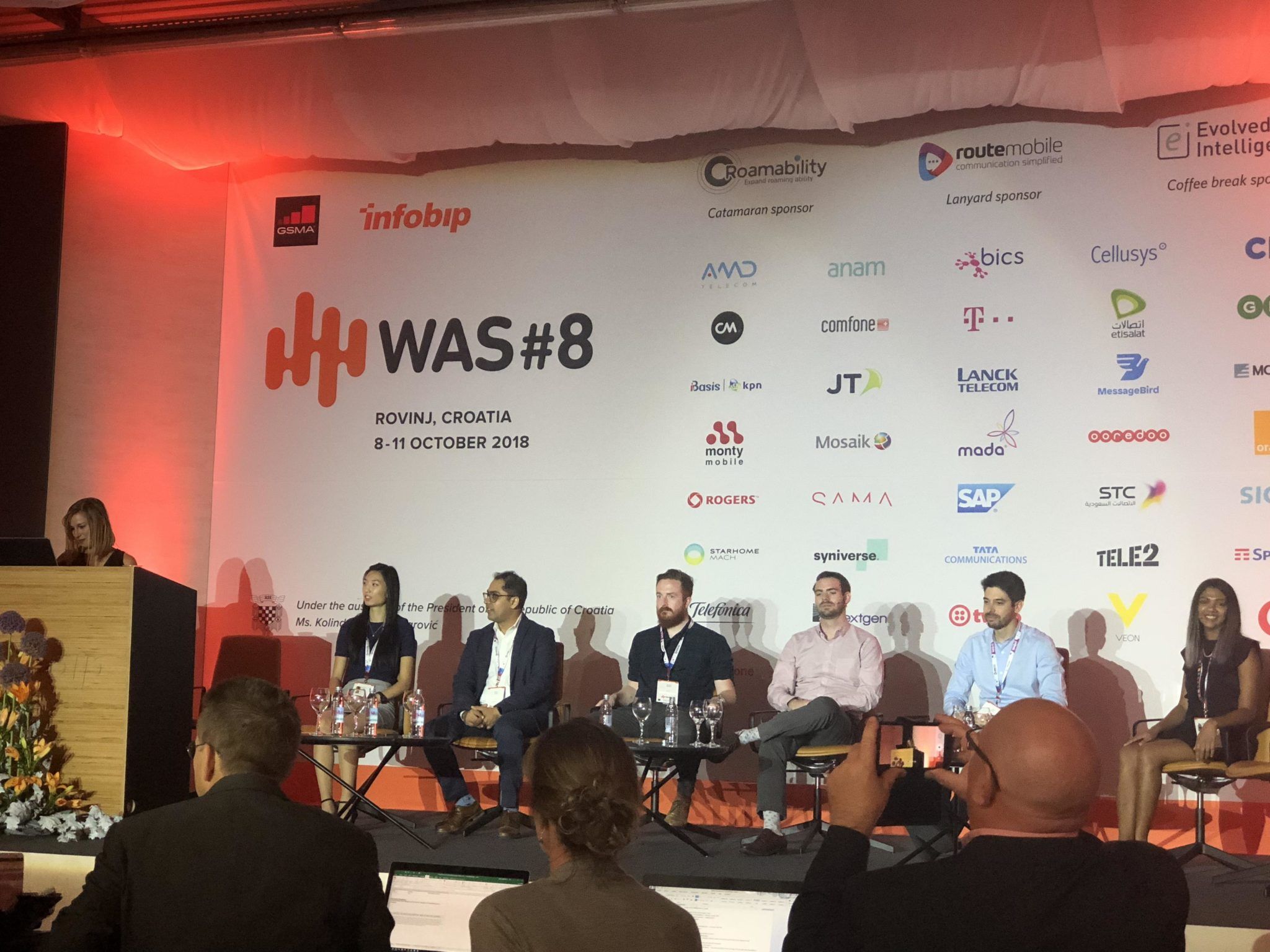