28th June 2018 London: The data has been analysed, the results are in for this years Roaming Bill Shock study. This years report is different to those created in 2015 and 2016 as we look at the effects of the Roaming Regulation on the results.

Roaming Bill Shock is declining globally, but not across all regions. Many Europeans will say it doesn’t exist anymore. Where as in other countries in the Southern hemisphere it is much more prominent.

As we look to the EU we have seen the most extreme case of Regulation (Abolition of Roaming Charges) with EU citizens now Roaming more freely, in what could be described as the largest scale adoption of Roaming services European MNOs have ever seen. Now the EU moves to build in two phases a single free to use EU coverage map for next generation Wi-Fi for its citizens. What effects this will have on telecoms services is unclear although for sure the effect of Roaming Bill Shock will most likely reduce further.

In other continents of the world the story of Roaming Bill Shock is very much alive, in the news and in the minds of many when they roam. Even while the GSMA transparency initiatives made back in 2012 have helped somewhat the Regulators seek stronger measures inspired by the EU.

Given the international and inter-continental nature of roaming, for consumers to really value the service, it is felt by many MNOs (some who are actively seeking regulation in their markets) that stakeholders should work together in associations and working parties or through bilateral/multilateral country agreements to address structural measures, regulatory price measures, as well as to insist on transparency, and assist national regulators to monitor price development, and sharing of information.

TO READ MORE ABOUT THE REPORT FOLLOW THIS LINK 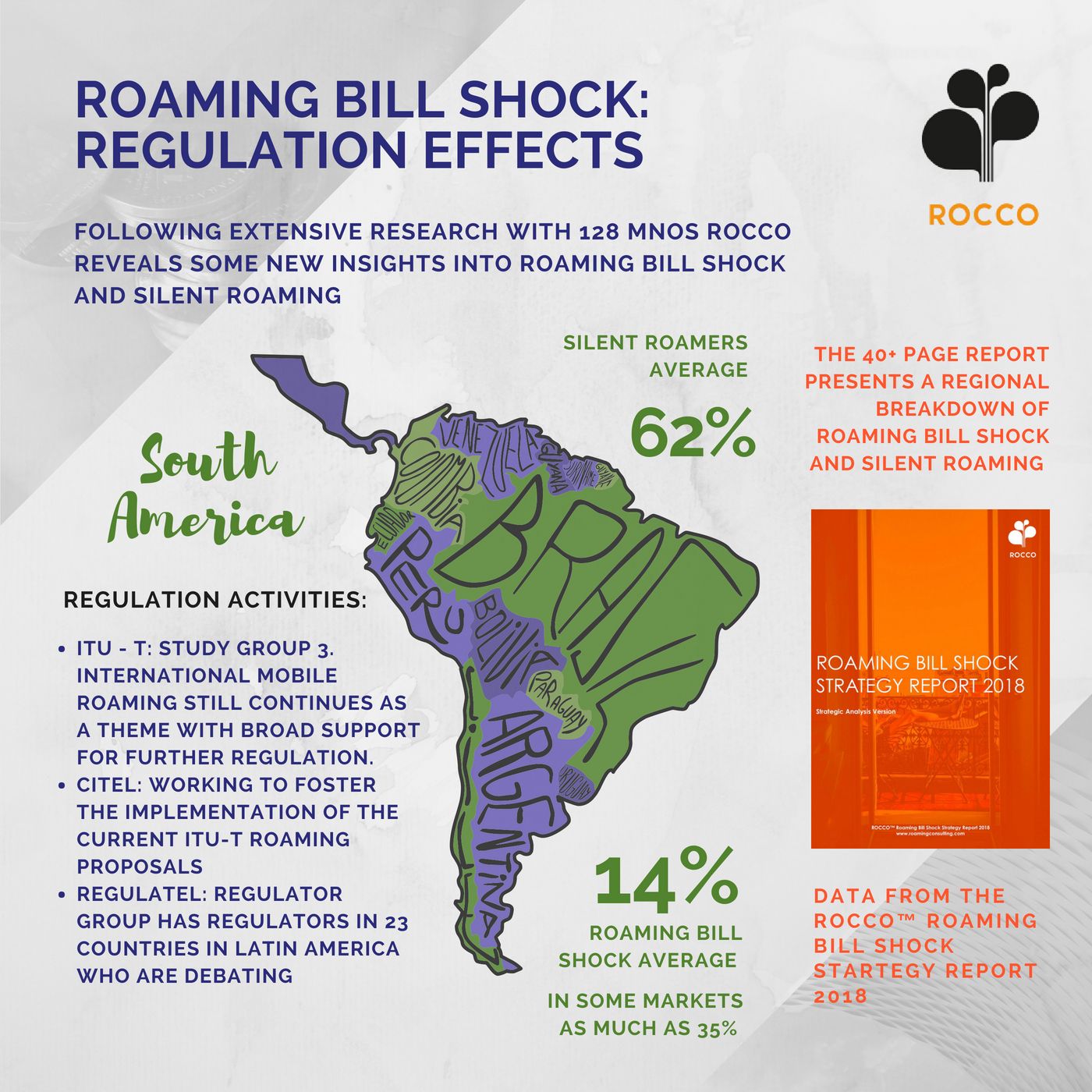