Skip to content
DIRECT CARRIER BILLING: A BLESSING AND A CURSE?

DIRECT CARRIER BILLING: A BLESSING AND A CURSE?

An Article by Polina Hristova for ROCCO

What is Direct Carrier Billing?

Remember back in the late 90s and early 2000s how afraid we were of pressing that browser icon because we knew it meant instant money loss? It would open a homepage and there you could buy wallpapers and tunes, while instantly charging you a fee just for being there. And if you really wanted to buy something, you were provided with a number and a code – all you had to do was send an SMS and the transaction would be completed. The actual payment would be realised at the end of the month when the complete bill from your MNO arrived; sometimes there were some really unfortunate people (like me) who were caught in an endless retro clickjacking loop. But more about that later.

All of this twitchy paranoia used to perfectly describe direct carrier billing (DCB), or the art of spending money on virtual goods without providing any card details. The operator would slap it on your bill at the end of the month and half-angry, half-regretful, you’d just pay it and that was it. End of story.

But throughout the years, DCB has shed a few layers of skin and emerged with different colours and opportunities, showing a much refined, elegant approach than what it used to be. Don’t be naïve to think it’s old and obsolete – the opposite. A much bigger part of the world population does not have the luxury of owning a card, making this their only option to be included in online purchasing. So yes, it’s a great tool to access the developing countries rather than the developed ones, although it’s speculated that its significance will rise in Europe.

Nowadays, DCB is a one-click experience that allows people to instantly pay for apps (Google Play), subscriptions (Spotify) and in-game payments but don’t worry, it has to be previously activated in the phone’s settings, so your child won’t blow up your bill and you won’t have to be embarrassingly justifying yourself to your MNO as to why you don’t want to pay it. Google announced that they will be expanding DCB to tablets, but the feature would still have to be activated through your smartphone.

Apple seems to be one of the few that still don’t support DCB, despite attempts to expand its reach with cheaper phones, but maybe it won’t be for long.

DCB is no longer used to purchase only virtual goods though: some use it to pay for parking and others to purchase football/concert tickets.

The most prominent security flaws would be the clickjacking or Iframing that was mentioned earlier. If you’ve ever streamed a movie that could not be found on Netflix or HBO, you will probably find this to be painfully familiar. Invisible layers of pure frustration and deceit placed on top of that much desired play button, and in order for you to reach it, you end up clicking your way through an almost comical compilation of shady ads which you scramble to close as fast as they appear until you can finally watch your show. Phew, one hell of a battle that would make anyone sweat thinking of the potential damage.

But imagine having to do that on your phone – maybe this malicious traffic you’re generating also steals money from you under the form of suspicious little fees which start littering your bill at random times of the night; you find yourself subscribed to a billion things you’ve never even heard of and you anger soars even higher now that the weight of your wallet is a bit lighter – not fun.

Take a deep breath now, we know it’s infuriating. There are specific fraud prevention companies that deal with this type of mobile billing, so this world is not completely hopeless!

But how does this work for the sellers?

Every mobile operator has their own commercial terms, but average payouts to merchants usually range between 70-80% nowadays and they used to be 50% in the past. Nowhere near the 2% that card-based payments impose, but they’re also a lot less frequent.

If you’re an impulsive buyer who often indulges in micropayments… maybe this would not be the wisest option for you, but if you’re someone who lacks access to basic financial services, then this would be a pretty comfortable solution.

On the 7th of December 2017 we will launch our first DCB Vendor Performance Survey for MNOs. Every MNO who takes part will be able to rank the DCB vendors and rate Vendors on over 30 KPIs about DCB. A great chance to recognise the leading vendors and understand the main drivers behind choosing the right vendors. This is the first survey of its kind in the industry and of course any MNO who takes part will receive an exclusive report with the feedback of all MNOs.  Look out for the image below on our blog or look to our Research projects page to see the surveys we have open to find this survey. 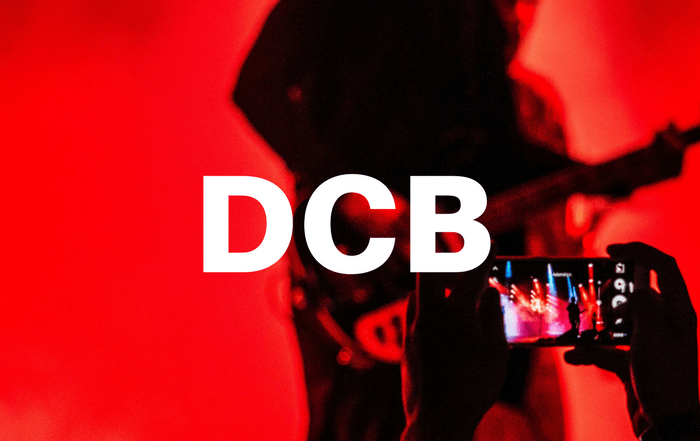