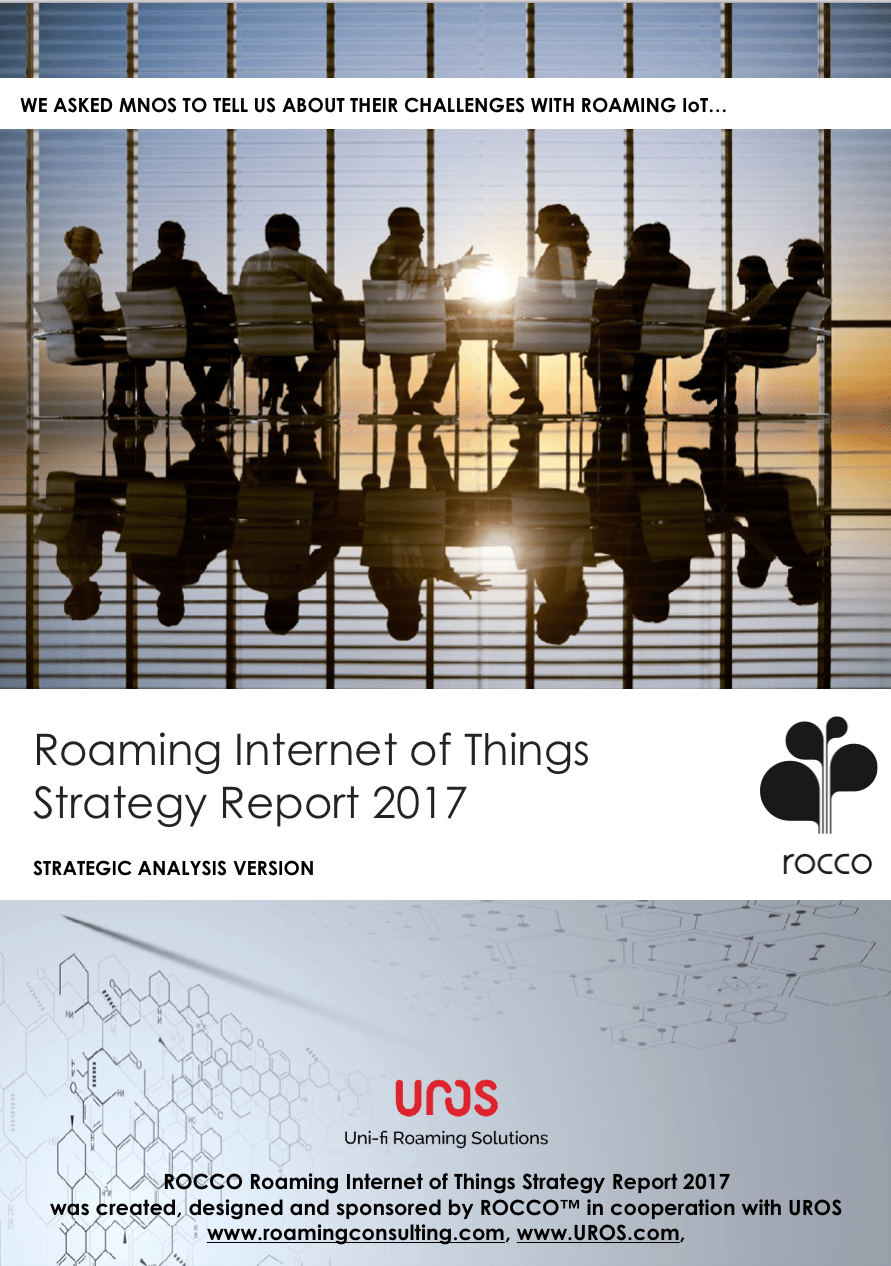 ROCCO and UROS – Uni-fi Roaming Solutions, the leading global Roaming Solution provider, announce today the results of the first major research project about Roaming Internet of Things. The survey that was responded by Mobile Network Operators globally sheds light on the opportunities and challenges that Roaming IoT will bring to MNOs on the road to 2020. All MNOs who responded will shortly receive their copy of the report.

The 6-week survey was conducted by ROCCO during February and March 2017 to understand how Roaming IoT, or M2M Roaming as it was called in the past, impacts roaming processes, how much revenue are MNOs seeing today and how much should they expect from the future.

73 MNO respondents provided confidential data from the perspective of 6 MNO Groups, making 96 Operators in 81 Countries the sample for this research. The respondents analysed the attractiveness of Roaming IoT traffic and their revenue expectations for inbound as well as for outbound roaming. The MNOs also explained the challenges they face with both incoming and outgoing IoT traffic.

“I am pleased to see that so many MNOs took the time to contribute to this first Roaming IoT survey,” says Gerrit Jan Konijnenberg CEO of UROS. The results indicate that by 2020 as much as 50% of the roaming revenues may come from IoT with emphasis on inbound rather than outbound roaming. It suggests that there are high expectations on Roaming IoT traffic. “However, over 60% of MNOs said they had concerns about permanent roaming,”

With this survey MNOs reported their most serious issue related to inbound Roaming IoT is around the amount of traffic permanently roaming. And conversely, the biggest concern in outbound traffic is the willingness of roaming partners to open their network to Roaming IoT, and then secondly the price they want to charge.

Details about the research and research methodology can be obtained from ROCCO by contacting ROCCO at hq@www.roccoresearch.com while the report itself is available for download from UROS. 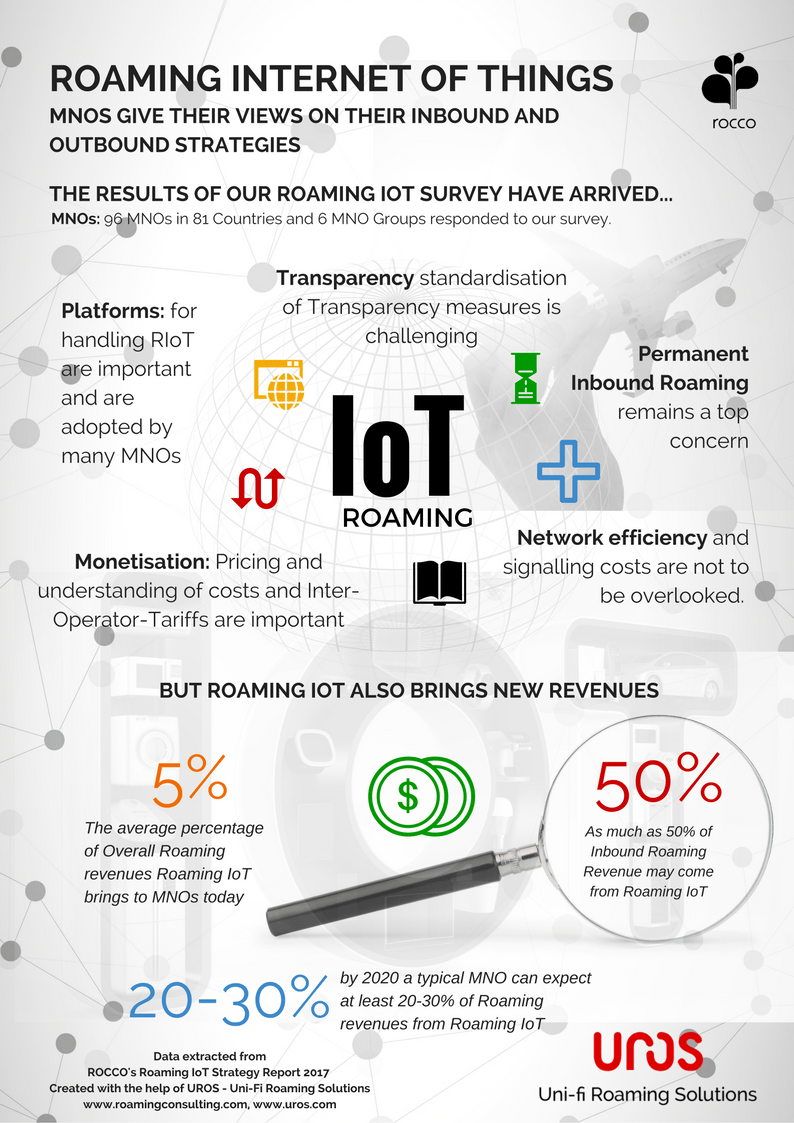