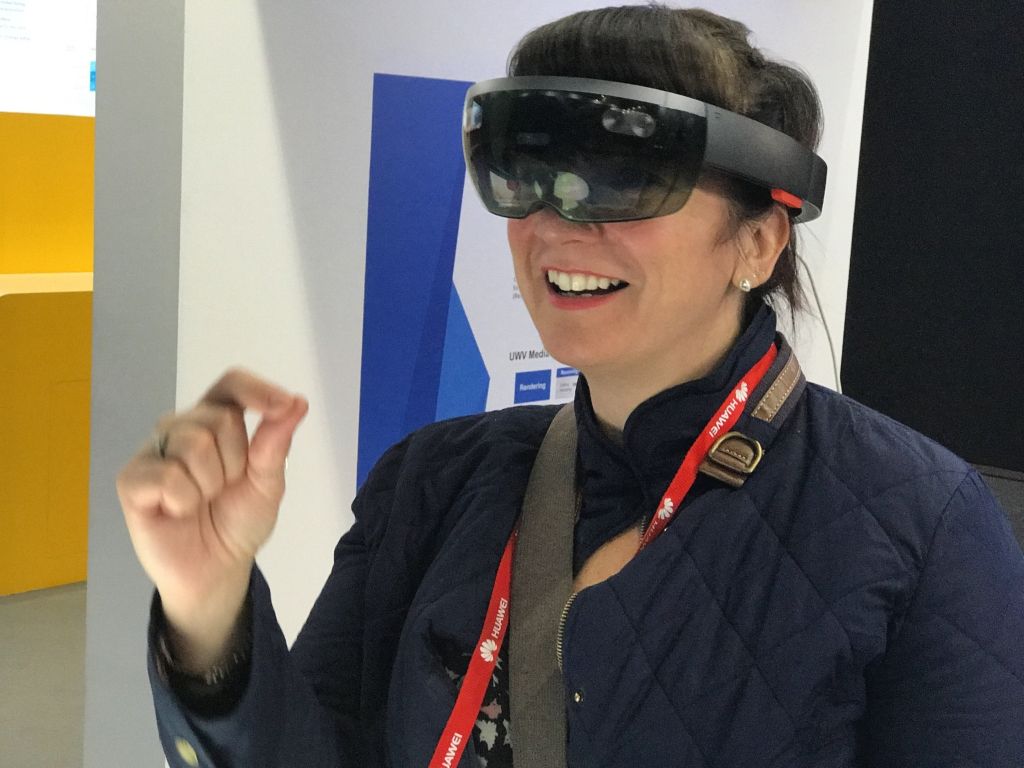 At MWC17, ROCCO enjoyed very much visiting the SK Telekom stand and seeing their 5G technology planned for Winter Olympics next year. The picture shows our Operations manager Nicola enjoying some of the hologram technology.

The following article by IT Times Korea indicates that SK TeleKom’s 5G Network, one of South Korea’s biggest telecoms will be put to the test with its 5G network.

The Next Generation Mobile Networks (NGMN) is an international organization founded by major mobile operators in 2006 to ensure that the functionality and performance of next generation mobile network infrastructure, service platforms and devices will meet the requirements of operators and, ultimately, will satisfy end user demand and expectations.

Technologies studied and discussed by NGMN are likely to be proposed as international standards for the next-generation network to the 3rd Generation Partnership Project (3GPP), a global wireless communications organization that collaboratively develops standards or specifications for radio, core network and service architecture.

On Feb. 26 SK Telecom and several other global mobile carriers proposed a joint research project on federated network slicing at the board meeting of the NGMN Alliance, held in Barcelona, Spain.