Skip to content
UK: British government adds VAT onto Roaming outside the EU 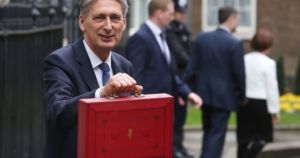 British government adds VAT onto Roaming outside the EU

Budget 2017: The UK government’s 2017 budget included plenty of positive sounding measures, including significant investment in 5G and robotics, but there’s also bad news in the 20% VAT set to be slapped on the cost of using your mobile phone abroad.

Announcing the tax, Chancellor Philip Hammond said that he planned to “introduce UK VAT on roaming telecoms outside the EU in line with international standard practice”.

It will initially only be applied to countries outside of the EU, but it remains unclear what will happen if the government completes Britain’s withdrawl from the European Union – Brexit is currently scheduled for 2019.

It means that all manner of holidaymakers and business travellers will see the cost of using their phone abroad soar, and stands in stark contrast to current EU plans to legislate against roaming charges in Europe.

Mobile roaming can already entail significant additional costs, with many phone users coming home to unexpected ‘shock bills’ from their network provider, often to the tune of hundreds of pounds.

On the flipside, the government’s 2017 spending plan allocated some £500m pounds to the UK’s tech industry, specifically focussed on future-facing technologies like 5G, robotics, and driverless cars.

Want to ensure you’re fully up to speed on all things roaming? Follow the link below for our complete UK guide to cheaply using your phone abroad.