“In the near future, we will spend more time talking to our devices than to our spouse.”

This is probably a title we have seen over and over again, crawling up the news, shocking the headlines with its rather confusing message, but no need to panic – it’s perfectly normal. Instead of typing out everything we need, we’ll simply have to say it out loud. It won’t be as bad as it sounds. You don’t need to ask your spouse to research things for you or read the news.

Maybe after hearing about or even interacting with Apple’s Siri, Microsoft’s Cortana and Amazon’s Alexa, you start wondering why these assistants are given female identities. Before plunging into the variety of obvious, but never uttered reasons, a Stanford professor claims the human brain was wired to like female voices more. Or maybe the sad truth is that women are mostly viewed as subordinates?

“Female voices are seen, on average, as less intelligent than male voices,”

noted Clifford Nass, author of The Man Who Lied to His Laptop: What Machines Teach Us About Human Relationships.

“It’s safer in a sense to have a male voice in the sense that you’re not going to disappoint people as much.”

We all have at some point noticed that women radio presenters are perceived quite differently from men: less believable, less interesting, less funny. This automatic association of ‘personal assistant’ with ‘female’ is so deeply ingrained that many fail to notice it.

And then there’s Google with simply ‘Google Assistant’. Google wants the user to associate the assistant directly with Google, as if they were directly speaking to the search engine.

“We always wanted to make it feel like you were the agent, and it was more like a superpower that you had and a tool that you used,”

“If you create this personified assistant, that feels like a different relationship.”

Maybe we could’ve claimed that Google had also maybe realised the potential sexist undertones related to a female identity or recognized the possible dangers associated with the personification of a device which can sometimes go too far but it fell into a classical trap – it gave their Assistant a female voice.

Let’s unveil just how human and personal these virtual assistants can get:

Siri, Apple’s personal assistant, can answer random questions like “Who came first, the chicken or the egg?”, tell jokes and communicate quite fluently for an AI persona. Its smooth voice and quick replies make it sound like you’re talking to an actual human being, and it continuously learns from you and the other millions of users daily. And there’s also a male voice – Apple denies that Siri was meant to be exclusively female. But it did start off solely as a female voice.

Amazon’s Alexa is a very similar bot embedded in the Amazon Echo device. It acts as a personal assistant and can shop on Amazon for you, schedule appointments, read out the news to you and plenty of other options, but a certain noticeable limitation would be its inability to process follow-up questions. Each command has to be separate and precise, starting with “Alexa”, so you can’t follow the flow of a natural conversation, something Siri and Google’s Assistant can do. Also, Alexa does not possess the enormous data of Google, therefore its answers are limited.

Microsoft’s Cortana was initially called Jarvis, but was later renamed in honour of a beloved Halo character. Cortana is closely connected to Bing, the search engine that sometimes randomly pops out of nowhere, to which you respond with a grunt and return to Google. It is an obvious fact that Google’s data outweighs Bing’s, so Cortana seems to be still learning how to effectively process commands without a tinge of confusion and a random Bing window popping up at simple requests. Also, with the recently released Windows 10 Anniversary Update, it turns out that you can’t turn Cortana off. A tad bit disturbing.

Both Alexa and Cortana are solely female assistants.

A study performed in 1980 among U.S. airplane pilots demonstrated a strong preference for female voices, even though empirical data proved there was no difference in how they responded to either voice. And in another study in 2012 related to automated phone systems, people found the male voice to be more “usable” but less “trustworthy”. An interesting choice of words.

People certainly see women as more than just assistants – they name the worst natural catastrophes after women (hurricane Katrina), as well as deadly weapons (the Big Beartha howitzer and the Mons Meg cannon). The existing data and intermixed opinions do not justify the expectation of an assistant to be a female.

The only logical solution seems to be the reinforcement of the male presence in areas traditionally seen as female, and soon, maybe, we will have an Alex or a male version of Cortana. The male voice spectrum is as variegated as the female’s and some of us would like to have two options, not only one because two genders exist and both can perform an assistant’s job .

Further reading: The Atlantic, and the following video…

This article was written by Polina Hristova, Journalist and Researcher at ROCCO 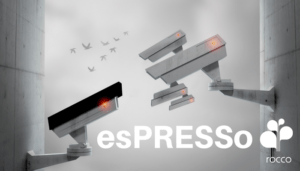 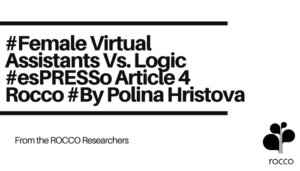