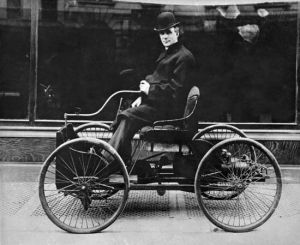 The first car did not look like a spaceship, but like a carriage pulled by horses, because that’s what people were used to riding in and what made sense. We like the familiar. It’s called the mere-exposure effect. A psychological phenomenon by which people tend to develop a preference for things merely because they are familiar with them:

In social psychology, this effect is sometimes called the familiarity principle. The effect has been demonstrated with many kinds of things, including words, Chinese characters, paintings, pictures of faces, geometric figures, and sounds. In studies of interpersonal attraction, the more often a person is seen by someone, the more pleasing and likeable that person appears to be – Wikipedia 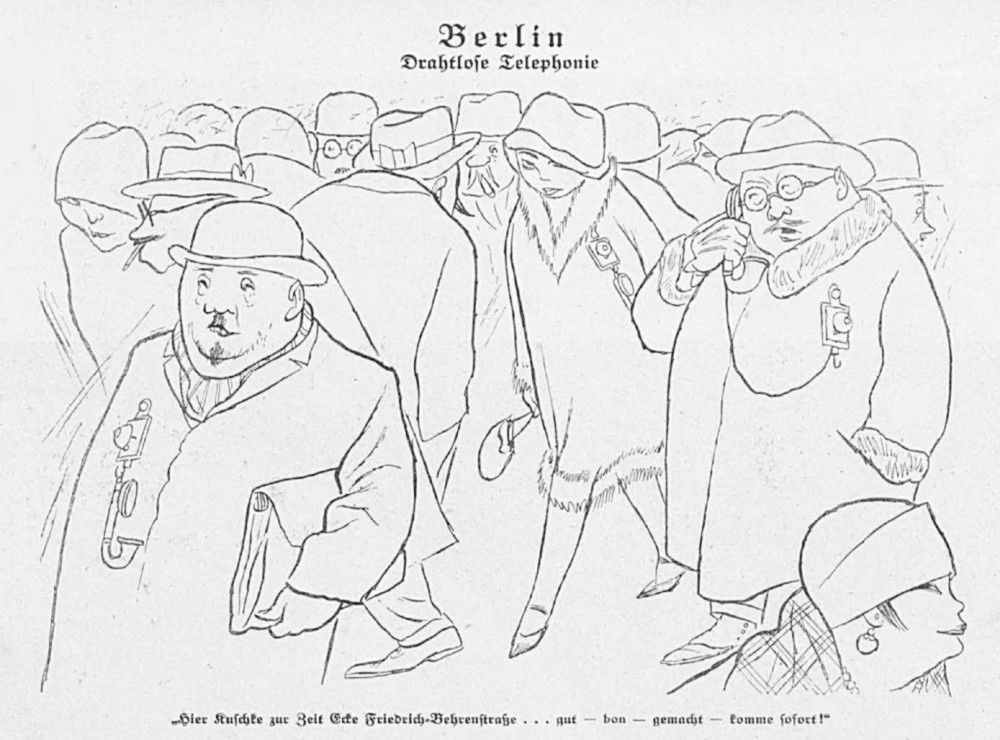 It’s not surprising that the first mobile phone ever imagined would also look like the phone that we used at home. The image shown here is a 90 year old drawing by Karl Arnold in Simplicissimus (Berlin) weekly magazine in 1926 showing people using mobile telephones.

In 1924, public trials started with telephone connection on trains between Berlin and Hamburg. So it is no surprise this drawing should be made when excitement of the technology was picking up.

Despite our support for design which is familiar we also have a need to advance beyond what is known to that which is innovative and it’s often difficult to achieve. 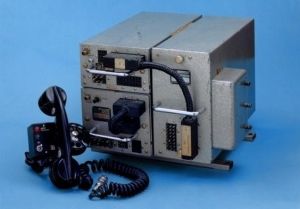 Little did Karl know that it would take a further 30 years after  his drawing (60 years ago this year) for the first ever Mobile phone to appear. The first fully automated mobile phone system for vehicles was launched in Sweden in 1956. Named MTA (Mobiltelefonisystem A), it allowed calls to be made and received in the car using a rotary dial.

It wasn’t until the 1970’s that influenced by psychologists Maslow and Herzberg on the subject of motivation, that businesses began to design jobs that allow employees space for creative freedom and the concept of Innovation in the industry really began to flourish.

In 2010 IBM listed “creativity” as the most sought after trait in business leaders because to grow a business built on Innovation is to grow a competitive business.

So how do you define Innovation?

While a “novel” or “original” service is often described as an innovation, in economics, management science, and other fields of practice and analysis, innovation is:

Considered to be the result of a process that brings together various novel ideas in a way that they affect society.

Innovation involves creativity, the generation of ideas, alternatives or possibilities and the consideration of situations or problems in new novel ways. Businesses which have established a climate of innovation have the dual benefit of satisfying both staff and clients, because the Vendors competitiveness usually depends on their Innovation skills.

The challenge is for Vendors in our industry to balance innovation with financial prudence. You will hear all the time that Vendors need profit to survive and no business wants everyone in their team thinking innovatively as it rarely leads to financial success. While this is true, if everyone, everywhere in your organisation is not thinking innovatively about your business at some level, you may not have the vital ingredients you need for long term success.

Often the associations and forums we attend are not reactive to the challenges of the day and play a waiting game to see when solutions will be found. Sometimes there is not enough time to Innovate because the current processes are inefficient and don’t allow for research and development.

Is there enough innovation within our industry today, does it affect our industry or do people just like to have the familiar even if it creates inefficiency or costs more?

How ROCCO is trying to help…

This year in the 60th Anniversary of the mobile phone ;), ROCCO Research has launched “The Innovators” a major research initiative  to understand which Roaming and Interconnect Vendors are Innovating our market for the better according to the views of the MNO community they serve.