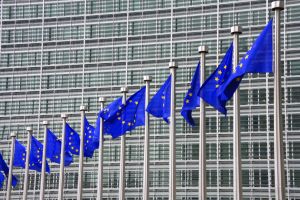 As announced by President Juncker in his State of the Union Address last week, Members of the College today discussed a revised draft of the rules needed to avoid abuses of the end of roaming charges in time for June 2017.

They discussed a new approach to the ‘Fair Use Policy’ principle and agreed that there should be no limits in terms of timing or volume imposed on consumers when using their mobile devices abroad in the EU.

Last 5th of September 2016, the European Commission presented a draft for an implementing act defining the specific parameters of fair use policy that will prevent abusive usage, consistently with the rules that provide for the end of roaming charges in June 2017. In particular, the Commission proposes the following rules:

– Duration of the “Roam Like At Home” (RLAH) tariff

Customers must be able to roam at domestic prices, and therefore take advantage of the RLAH agreement, for a maximum of 30 consecutive days – and for a total of 90 throughout the year;

Frontier workers who log on at home every day cannot be considered to be engaged in anomalous, permanent roaming: that means that the 90-day/30-day rules do not apply to customers who connect to a foreign network as well as their home network within one day. This would protect subscribers who travel to another country on a daily basis for work, or who live near a border.

However, only a few days after this proposal was made by the European Commission, the EC head Jean-Claude Juncker ordered officials to draw up new plans for the EU’s landmark free mobile phone roaming policy after it ran into fierce criticism and following complaints coming from the Consumer Groups that the policy would unfairly penalise pensioners who spend long spells abroad. The main criticism that was made to the aforementioned proposal was that if roaming has to be abolished, then there should not be any kind of limitation to the abolition.

Today the European Commission has decided against limiting the number of days EU residents can take advantage of ‘roam like home’ tariffs and instead will leave it up to operators to intervene if they find customers are using free roaming excessively.

That means that – of the proposal is approved – EU citizens will be able to roam at their domestic rates without any time limit and operators will be entitled only to apply surcharges for roaming if they detect excessive use.

But what does “excessive use” mean? Excessive use would be defined as regularly using more traffic while roaming than the customer uses at home, using a SIM for roaming that had previously been inactive for a long time or a customer subscribing to multiple SIMs for roaming. Surcharges will ne subject to price caps equale to the proposed wholesale roaming rates, i.e. 0.04 € per minute, 0.01 € per SMS and 0.0085 € per MB.

“Parliament and Council agreed on our proposal to end roaming charges for travellers in the EU. Together we need to ensure low prices for users all across Europe, to make full use of new mobile services. European consumers would not accept it otherwise.”

“Commission action on roaming prices has delivered for European consumers. Today’s draft rules ensure we can end roaming charges as of 15 June 2017 for all people who travel periodically in the EU, while ensuring that operators have the tools to guard against abuse of the rules.”

The College of Commissioners will adopt the final proposal by 15 December 2016, as foreseen in the Regulation on the end of roaming charges, following feedback from the Body of European Regulators in Electronic Communications (BEREC), Member States and all interested parties

If these proposals go through – the European Parliament still has to discuss them – then they will create a lot more work for the EU’s telecoms regulators.

National telecoms regulators will have to settle complaints from users who disagree with being charged extra for roaming by their operators.

They will also have to field complaints from operators about people trying to resell foreign SIM cards in bulk. And, if an operator wants to opt out of the whole scheme, they will have to provide evidence to the regulators that their domestic charging model is being put at risk by “roam like at home” hyperactivity.