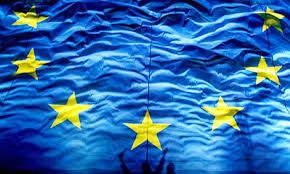 O2 UK mobile users heading abroad should check if the travel bolt-on package, automatically charged to phones on arrival overseas, is suitable for them, after several people found they were being charged excessive amounts for sending the odd text message while on holiday.

Thousands of the firm’s customers heading to Europe are automatically paying £1.99 each day they use their phone on holiday, unless they’ve opted out of the travel bolt-on option. Many will want it, but the company has admitted to Guardian Money that any pay-monthly user who has previously signed up for the O2 travel service has automatically been opted in to pay the daily charge while away, even though in many cases they may be better off without it.

As soon as an O2 customer uses their mobile in a chargeable way while abroad, the fee is added to their account for that 24-hour period – even if they only send one text. Many will be unaware of the change, with complaints that the text sent by O2 outlining the service is not clear.

Roaming charges have been slashed since the firm introduced the bolt-on option. For those making lots of calls or using data while abroad the package is great value, and gives near certainty on what your roaming bill will be. The plan offers users unlimited data and up to 120 minutes of calls and 120 texts each day – all for £1.99 per day in Europe, £3.99 per day in Turkey, or £4.99 in 30 other countries including the US and Australia.

It’s a boon for big mobile users, but not all customers are happy about the change, which came into force in April. Alfredo Filho from Kent contacted Money this week to complain that he had been charged £21 to send a few texts while on holiday in France, unaware he was paying the high daily charge.

“I sent the odd text and was careful not to use any other services,” he says. “I was charged £1.99 a day, repeatedly, for texts that would previously have cost less than 5p each. It is the textbook definition of a rip-off: a unilateral change in contract, certain to benefit the firm, while customers are not informed adequately and not offered an alternative.”

An O2 spokesman says customers were told of the change and can choose between the bolt-on or paying roaming charges.

“Travellers can text O2TRAVEL to 23336 to opt in to the service, or NOTRAVEL to 23336 for standard roaming rates to apply. It can take up to 24 hours for the bolt-on to be added or removed.”

He says Filho’s charges are valid but that as a gesture of goodwill for confusion about the change, O2 will credit him the charges in his next bill.

Are you unwittingly making lots of small payments of £2.99 to EE for something called a “digital charge”? asks Patrick Collinson.

One reader thought it was because he had exceeded his data limit, but was shocked to discover he had somehow been subscribed to an online games portal called Playmaniax. He joins many other EE customers who have complained about mysterious payments to the service, with some saying they never agreed to join or pay for it.

Complainants are told that they must have clicked on a link and that they should contact Playmaniax to unsubscribe. In our reader’s case, EE said he had been sent notifications on how to unsubscribe, and when he did, payments were immediately halted.

“I was working that day, teaching computing science … there was no way I actively followed a sign-up process.”

He says the sums are relatively trivial, but warns other readers to check their bills. EE says customers can request a bar on premium calls.