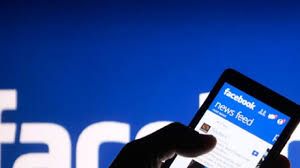 Facebook has confirmed that it is in the early stages of testing a wi-fi service with Indian internet service providers (ISPs).

Express Wi-fi allows users to purchase data from local providers in order to access the web.
A pilot version with a state-run telecoms company has already been offered at 125 rural wi-fi hotspots.
In a statement, Facebook said the tests were being carried out with “multiple local ISP partners”.
Facebook is probably hoping that users who first encounter the web via a Facebook initiative will be more likely to become users of the social network – rather than a competitor – according to Ian Fogg, an analyst at IHS Technology.

“In emerging economies, Facebook is pursuing an intervention strategy to increase the pace of internet and online usage because this will also raise the addressable market for Facebook,”

he told the BBC.
Earlier this year, Facebook’s Free Basics internet service app was blocked by India’s telecoms regulator.
A ruling in favour of net neutrality put a stop to the plans, which would have offered free access to a select number of websites only.

Facebook’s struggle to reach emerging markets with its Free Basics program, especially the “next billion” in India, seemingly fell flat last year when the service, which provided free access to Facebook and a few other basic internet services, was largely canned over net neutrality concerns and ended up getting the boot from the country, courtesy of the local government. With Facebook’s project ousted, Google essentially has free reign in India, with very few competitors for cheap and zero-rated internet service in otherwise unconnected areas. Facebook is looking to change that with a new initiative that they’re calling Express WiFi.

Express WiFi isn’t zero-rated and free like Free Basics was, and allows full access to the internet. This means that it won’t fall into the same rut that Free Basics fell into, which led to the program’s demise in India. The basic plan is to get Express WiFi into rural areas by putting hotspots in places like small businesses, town squares and the like. The access would be very cheap, but not quite free. While the speeds are, of course, minimal, users should be able to get everything they need to do on the internet done. Express WiFi hotspots aren’t built on Facebook’s infrastructure and cash alone, of course; they partner up with local wireless carriers, ISPs, and the like to build out their networks to places that they couldn’t have reached on their own, or in some cases, weren’t terribly interested in reaching. Express WiFi is already operating along those lines in a number of other, smaller but similar markets, such as Indonesia and parts of Africa, giving a good glimpse into how the program will run in India, once it gets off the ground.

Plans to move the program into India were talked about last year, but no real details were revealed at the time, and until now, there has essentially been no talk of the issue since then. Across rural India, the program is already moving into the early stages of testing, which means that regulatory approval for the final, wider rollout will likely be a very small issue, if any at all. Facebook’s main competition in India right now is Google on the internet access side of things, but they’re faced with little competition as far as what users do once they have access; Facebook’s Messenger app is a full-fledged portal and platform in India, providing hundreds of thousands of daily active users with a jumping off point for their daily online activities.