“We will actively share our knowhow obtained while establishing and commercializing the LoRa network nationwide with partners at home and abroad, contributing to a global IoT ecosystem,”

SK Telecom said it participated in a meeting in Nice, France, this week to discuss partnerships for establishing an international roaming system for the LoRa network connecting Korea and Europe.

The network is designed to provide wide coverage, low energy consumption and long battery life for IoT modules for small devices. The network was developed by the LoRa Alliance, a group of global mobile carriers and network equipment makers that includes Cisco and IBM. 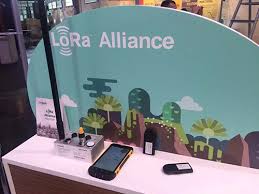 On July 4, SK Telecom said it has established the LoRa network in Korea and plans to connect 4 million IoT devices to it by next year.

The Korean telecom company also said it will meet officials from the LoRa Alliance in Berlin next week to discuss the matter.

SK Telecom said the IoT roaming system plan is a part of the Korean government’s national policy research projects. In June, the telecom company joined a consortium of Sejong University and EGM to cooperate in the IoT sector.