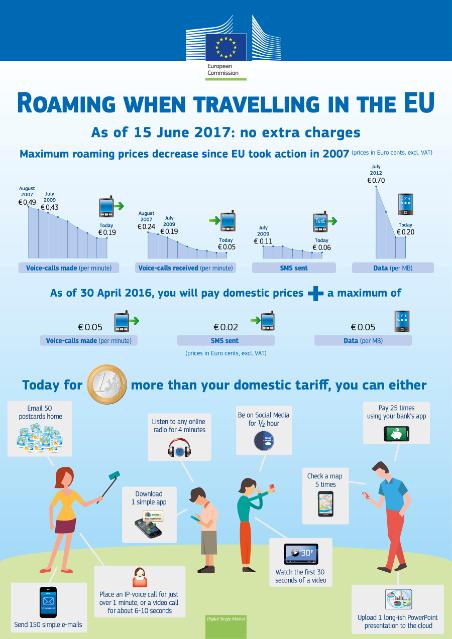 UK Press states that the cost of using a mobile phone in Europe could rise. Both BT and Vodafone have said that following todays announcement about the UK leaving the EU that EU caps to mobile roaming charges might no longer apply.

But in reality it would be up to a future UK government to decide whether to adopt the EU price restrictions or not.

They are contained within a European regulation, not a directive, so they have not been incorporated into UK law.