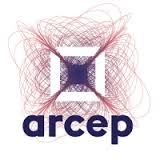 France’s operators have three weeks to submit any changes to their network sharing and roaming deals, following the introduction of new guidelines by regulator Arcep.

The regulator said it will be scrutinising the Free Mobile/Orange roaming deal, which has enabled newcomer Free to become such a disruptive force in the country’s mobile market, as well as the network sharing and roaming agreement between Bouygues Telecom and SFR.

The operators must review the regulator’s guidelines and then submit by 15 June any necessary amendments to their existing contracts.

The guidelines reflect Arcep’s thinking that while roaming can be beneficial, it also must be transitory or limited in scale, since it removes a newcomer’s incentive to invest in their own infrastructure, a criticism made of the Free Mobile-Orange deal.

The regulator had kinder words for network sharing, which is helpful in more sparsely populated parts of France, with a negative impact on competition outweighed by the positive effect for coverage and quality of mobile service.

The regulator examined the third existing network sharing agreement, which covers all four mobile operators as part of the national programme to expand mobile coverage in France’s most rural areas, early this year. The agreement was approved, with a few adjustments.

France’s infamous price war appears to be slowly reaching an end, with a new report from watchdog Arcep showing that mobile prices decreased at a far less aggressive rate in 2015 compared to previous years.

Iliad-owned Free Mobile’s arrival in the French market in 2012 sparked an aggressive price war with Orange, SFR-Numericable and Bouygues, as the new entrant began undercutting rivals.

Consolidation talk has since been high on the agenda to cut the market back to three players, but no deal has yet surfaced, despite numerous attempts.