At ROCCO HQ we know that NGH Wi-Fi is taking leaps and bounds in identifying the source of the user and providing them with information for purposes of guidance, advertising etc… to be able to use the wi-fi of an art gallery and it tell you which is the piece of art you are stood infront of or for supermarkets to tell you on your divide about the ingredients in a product in the aisle you are located. It is clear that these kind of services are innovative and for IoT could become extremely useful. This article explains potentially what we might see from Wi-Fi in the near future and raises the question… will GSM ever be able to do the same?

Many of us use Wi-Fi to check email, watch videos, and browse social media. But as CBC Radio technology columnist Dan Misener explains, researchers at MIT have developed something they call Chronos — a new way to use Wi-Fi to track your precise position, nearly down to the centimetre.

What is Chronos and how does it work?

Chronos is what’s called a “wireless localization” technology, or a “Wi-Fi positioning system.” Basically, it’s a way of using Wi-Fi to figure out where you are.

There are different ways of doing this, but Chronos works by measuring the time it takes for a signal to travel from one wireless device to another.

So for instance, imagine you you have a smartphone, and it’s connected to a wireless router. The router sends information out to the phone. The phone receives it, then sends back a signal.

By measuring how long that takes, and by applying some pretty sophisticated math to the signal, you can determine where the smartphone is in relation to the router, the distance, and the angle. 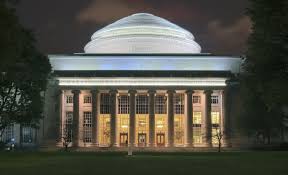 In a lot of ways, this is similar to how radar or sonar systems work. So you can think of Chronos as a way to turn a regular Wi-Fi router into a sort of radar system that can detect objects and where they are in the world.

How is this different from other location systems, like GPS?

One big difference is the accuracy. Consumer-grade GPS can pinpoint you within a few metres. But a system like Chronos can locate you within tens of centimetres.

Also, there are situations where GPS simply doesn’t work at all — underground or when you’re indoors, for example. Chronos works anywhere you can place a Wi-Fi router.

There are lots of other Wi-Fi-based location systems already. They’re often used in hotels, airports and shopping malls to track foot traffic. U.S. malls use shoppers’ cellphones to track them but those systems require multiple access points. You need several routers to cover a large area and triangulate someone’s location.

The unique thing about Chronos is that it only requires a single access point — just one router. So you could set this up in your home or your small business without a lot of expense or hassle. The researchers also say Chronos is 20 times more accurate than existing systems.

Why would someone want this in their home?

One reason is home automation. We’re seeing the rise of so-called “smart homes” that respond to who’s in them. So knowing who’s home, and where people are within a home, can be useful information.

At March’s USENIX Symposium on Networked Systems Design and Implementation, Deepak Vasisht — one of the MIT researchers — presented his work on Chronos. And he explained one possible use.

“If I can use the single access point that I have at my home to find out that I’m sitting on my couch watching TV, then I can just reduce the heat and light in the rest of my apartment automatically,” he said.

While most GPS units can locate a user within a few metres, MIT says its Chronos system can pinpoint within tens of centimetres.

In a demonstration, the researchers showed that Chronos could correctly identify which room a person was in 94 per cent of the time.

You could also use this to locate a lost device within your home. If you’ve ever misplaced a phone or tablet, this could help.

And what’s impressive is that they can do this with with off-the-shelf, consumer-grade Wi-Fi gear — very similar to what many people already have in their homes.

How could this technology be used by businesses?

Chronos could by used to control who gets to access your Wi-Fi, which might be particularly useful for small businesses.

“If you walk into a Starbucks, you always get free Wi-Fi,”

“But if you talk to them, they tell us that they’re very much interested in restricting free Wi-Fi access only to their customers. They don’t want to be giving free Wi-Fi to their neighbours, and end up causing congestion for their own customers.”

When it was tested in a cafe environment, the researchers say Chronos was 97 per cent accurate at distinguishing who was in the store from who was outside.

This same positioning technology could be used for wayfinding and indoor positioning, or for keeping drones flying at a safe distance away from a user.

What’s next for Chronos?

Right now, this is still at the research phase — so you can’t buy a Chronos-enabled Wi-Fi router just yet. And to make this work, you’d need to update the software on your home router and your devices.

But while you might not have this running in your home anytime soon, it does point to a larger trend — tools and technologies that can pinpoint our precise locations.

We’ve seen that with GPS, with indoor positioning systems, and with beacon technologies. And the the trend is towards ever-increasing accuracy.

Clearly, there are lots of very useful ways to apply this technology. But as always, we need to be aware of the potential downsides from a privacy perspective.

We’re talking about a system that knows where you are, within tens of centimetres, running on relatively inexpensive off-the-shelf hardware.

So while Chronos is still in the research phase, it’s something to think about the next time you stand outside a coffee shop trying to get free Wi-Fi.
Source: CBC News