This BEREC Benchmark Report on International Roaming presents the results of the 15th round of data collection on European international roaming services undertaken by the Body of European Regulators for Electronic Communications (BEREC).

According to BEREC, the collected information continues to show

“At the retail level, all consumers have access to a Euro-voice, Euro-data and a Euro-SMS tariff”

As far as retail data roaming is concerned, those charts show what the average retail data price per Mb was in Q4 2014 and in Q1 2015, both for prepaid and postpaid customers.

The blue columns represent the Data Eurotariff (tariffs regulated through the current III Roaming Regulation) while the red columns show the Alternative Tariffs offered by Operators to their customers on an opt-in base. 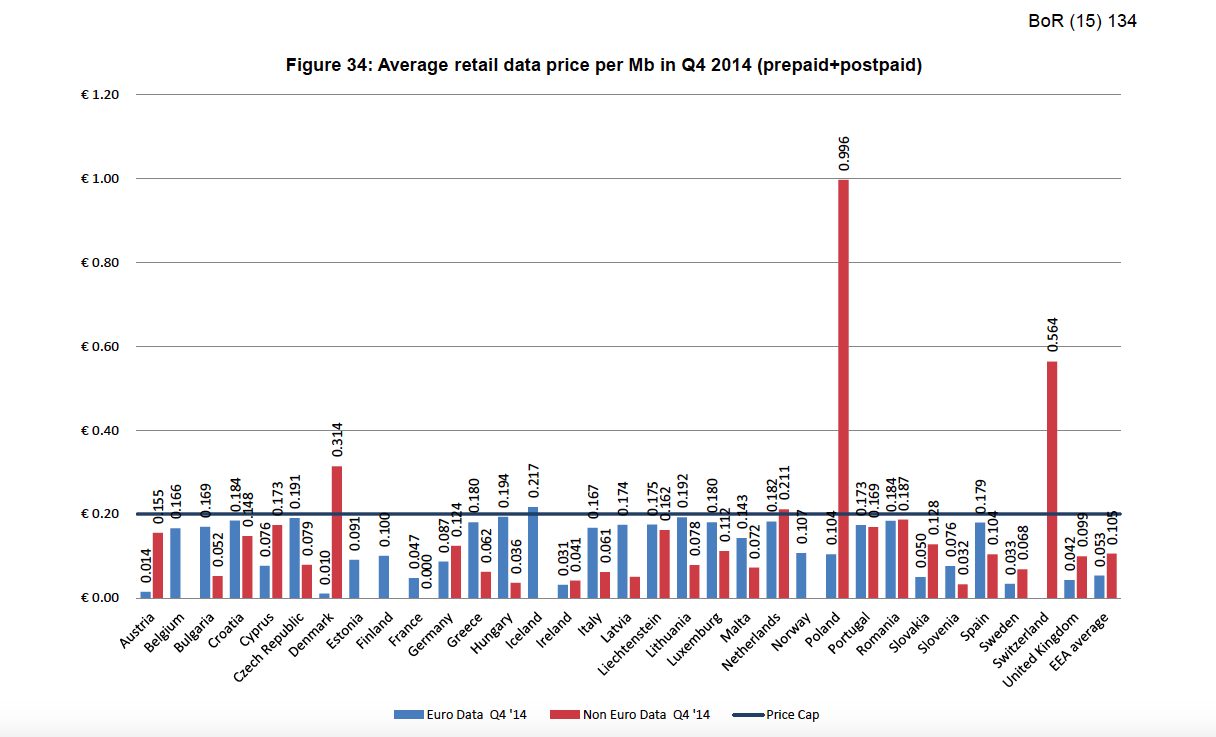 We believe that it is really interesting to note that in several UE countries (i.e. Bulgaria, Croatia, Czech Republic, Greece, Hungary, Italy, just to mention some) the average data roaming price per Mb is cheaper when the operator offers the Alternative Tariff rather than the Eurotariff.

It’s also interesting that, for example, in countries like Hungary or Italy,  the Alternative Tariff is much much cheaper than the Eurotariff… we believe that Hungarian and Italian customers must be delighted with this.

Finally, there are some countries (i.e. Germany, Portugal and Ireland) where Eurotariff and Alternative Tariffs for data do not differ too much.