In September 2015, the body of a three-year-old Syrian boy was found floating on the shores of the Mediterranean Sea. Photographs of the boy were quick to get circulated the world over, and the world responded with a massive outcry over the Syrian civil war and refugee crisis. 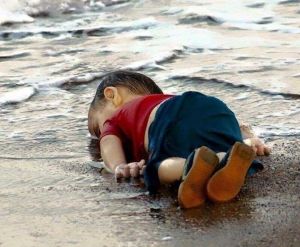 This was the first time the Syrian crisis was globally recognised as a burning issue, and one that needs to be addressed with utmost urgency.

This video, by In a Nutshell, speaks about how the Syrian crisis is an international issue, and how it all started with countrywide unrest and the civil war in Syria. Apart from the succinct explanation of the overarching issue, the video also explains the role of the neighbouring countries in aiding and giving asylum to refugees in their greatest hour of need.

Watch this video to get a better understanding of the larger Syrian issue and learn about what measures we can take to offer help to the affected people.