Skip to content
A milestone in Roaming history: Borderless plans across North America 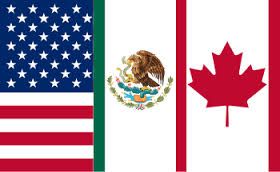 Here at ROCCO HQ we noticed this article which highlights what we consider to be a major step in International Roaming. Several Operators from three of the largest geographical countries globally (i.e. Canada, México and the United States) have introduced Roaming plans across North America, which offer amazing rates for Roaming.

In order to keep abreast in the competitive Méxican market, several carriers have been introducing plans to break down wireless barriers between the U.S., México and Canada.

Sprint Corporation is the latest carrier to join the Canada-México roaming trend with the launch of a new free add-on service named Open World, for its customers on domestic service plans. The new plan allows U.S. customers to make calls and texts to Canada and Mexico at no extra charge. Moreover, users can also make international calls at rates starting at a 5c, to more than 180 additional countries. Sprint is also offering 1GB of free data to users traveling to Mexico, Canada and a number of Latin American countries. Moreover, users can gain access to additional data for $30 per 1GB, adjusted by definite usage. Further, text messages are free for roaming customers, whereas voice calls will be charged at 20 cents per minute.

Last month, T-Mobile US Inc. introduced an innovative “Mobile Without Borders” plan through which its subscribers will be able to make calls to Canada and México without paying any roaming charges.

In July, México-based America Movil S.A.B. also introduced a pan-North American roaming charge free calling facility. Postpaid subscribers of the company’s Telcel wireless subsidiary will get unlimited calling, text messaging and data transfer services to the U.S. without paying roaming charges. Subscribers can enjoy this facility for an additional 50 Méxican Pesos (around $3.15) per month. Moving on, America Movil plans to extend the same plan to its prepaid wireless customers in México, which constitute nearly 80% of the company’s total subscriber base. Management also aims to offer similar roaming free wireless connectivity in Canada over the long haul.

Interestingly, all these plans are more likely a direct retort to U.S. telecom behemoth AT&T Inc. who earlier this year entered the Méxican telecom industry with the acquisition of Grupo Iusacell and Nextel de México for around $4.4 billion. In Feb 2015, AT&T launched a service which will allow its prepaid GoPhone customers, on $60 data plans, the benefit of unlimited calling from the U.S. to México without any additional charge. The company’s postpaid customers on World Connect Value plans can also enjoy unlimited calls to México as a $5 add-on.

Thus, from the point of view of Sprint, the latest offering is crucial for the carrier to keep up with competition, both inside and outside the U.S. It should aid in reversing customer churn as well. For customers, its good news all along as more such plans will ensure that they do not have to go through the agony of paying huge data roaming bills.