Skip to content
3 steps back, 1 step forward: The choreography of EU Roaming Regulation 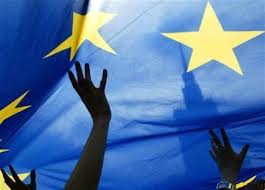 The latest speculation on Roaming Regulation in the EU from the brilliant Politico. First it was December 2015, then a few weeks ago summer 2018, now the latest says we are looking at June 2017.

Latvia could strike an agreement before handing over the European Council presidency, but significant hurdles remain.

In a last-ditch effort to end on a high note, the Latvian Presidency of the European Council appears close to forging a deal that would ban mobile phone roaming charges and secure equal Internet access across Europe.

The European Council, Commission and Parliament will gather on June 29 for the fourth and final round of negotiations under the Latvians. The Council presidency rotates to Luxembourg at the end of the month.

POLITICO has seen the latest draft proposals from Parliament and Council, which will be discussed at the meeting.

Parliamentarians are standing firm on a 2016 deadline to end roaming charges and is taking a harder line on net neutrality.

Meanwhile, the Latvian presidency has managed to push Council to a June 2017 ban on roaming charges, a year earlier than ministers from the member countries demanded just weeks ago.

In short, the Council and Parliament seem closer to a pact now than ever.

The Spanish rapporteur for Parliament, Pilar del Castillo of the European People’s Party, told POLITICO she felt confident about sealing a deal at the meeting.

But, as always, the dance is delicate and if there is no deal it would reflect poorly not only on those involved in the negotiations, but also on the EU as a whole.

“If you are here, they are there, and nobody wants to move, then there will be a collapse of the European Union,”

The Council’s rapprochement may have been the result of pressure from Andrus Ansip, Commission vice president for the digital single market.

Nevertheless, there are three battles left to be fought: First, Parliament will have to concede to delay the roaming ban. The second hurdle will be whether Parliament agrees to scrap the transitional period before a full ban comes into force.

The final, and most heated debate will be around whether telecoms companies can recover roaming costs. The Council says yes, while a majority in Parliament backs the view that this will keep prices artificially high because the companies won’t have incentives to drop wholesale charges.

John Phelan, spokesperson for European consumer group BEUC, said he believes Council has been swayed by lobbying from the telecoms industry.

“We really need to see them working more in the interests of consumers,”

Special services the spanner in the net neutrality works

In another big step, Council has agreed to much of the Commission’s position on net neutrality, produced after continued deadlock.

But it has stood firm on a very contentious area: special services, such as e-health, which the telecoms industry argues require unfettered access to the Internet.

In its draft, Council wants to allow Internet service providers to sequester parts of their network for special services, only if this does not impair in a “material” way the speed and reliability of Internet access for other services. Parliament insists on the removal of the word material.

Which side will blink first remains to be seen.

Parliament and Council need to agree on both roaming and net neutrality for either measure to pass.

Two sources briefed on the negotiations told POLITICO that the Commission had considered splitting roaming from net neutrality, but for the moment has abandoned the idea, in large part because a majority in Parliament won’t support the move.

If the Commission loses patience with the final negotiations, it could decide to pull the reforms and fold them into a review of previous telecommunications rules later this year.

This would cause extensive delays.

“You would lose four or five years, and there’s the risk that all the member states will then come up with their own net neutrality laws,” said Constantin Gissler, head of the Brussels office for Bitkom, the German tech industry association. “This would be horrible for the Internet industry.”