Skip to content
Inadvertent Roaming: The British Isles is not the UK…

At ROCCO HQ we get all kinds of Roaming questions. Here’s the answer to a common one. What is the difference between England, the UK and British Isles when it comes to Roaming? Does Scotland have a separate network to England? Hmmm… NO but maybe it would like to! The following article by the UK News source The Mirror here explains the differences and why the British often don’t know themselves the answer… As Roaming people we know The Channel Islands (Jersey, Guernsey), Isle of Man, UK and the Republic of Ireland are all served by separate Operators with whom individual Roaming relationships should be sought.

We’ve all seen the scary stories of people being hit with mobile bills of thousands for using their phones overseas. Bad news. It can happen inside the British Isles too. A £900 bill for watching EastEnders, a £20,000 bill for uploading photos to Facebook – the stories of shock bills when people use their phones overseas are remarkably common. The frightening thing is that it’s not just overseas where you can be slapped by roaming charges – it can happen to you in the UK as well.

In fact, there are several places where using data on your phone means hefty charges that you can travel to without leaving the country.

“Some mobile customers in Northern Ireland who live near the Irish border have been hit with bigger bills due to so called ‘inadvertent roaming’,” Doku added. “Their mobile connects to a mast in the Republic of Ireland and so they are charged roaming rates.”

Worryingly, this isn’t just a problem in Northern Ireland. There have also been cases reported in Dover and on the south coast of England where phones pick up strong signals from networks in France.

‘But aren’t we IN Britain’
Then there are places that you might not even realise are outside the UK.

“The Channel Islands and the Isle of Man have their own mobile networks, which means visitors from the UK mainland will be vulnerable to roaming charges if they use their phones there,” Ernest Doku, telecoms expert at uSwitch.com, told The Mirror.

That’s because the islands are actually not part of the UK – they’re “Crown dependencies” instead.

“You can’t blame people for thinking the Isle of Man and the Channel Islands are covered by mainland UK networks. There’s a lot of expectation on consumers to know the rules when it comes to roaming – and these can be really confusing.” 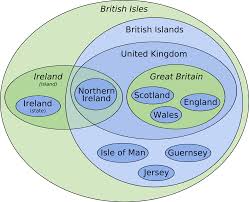 To protect against this, especially in the UK, the best advice is to ensure you’re signed in to your own network.

Typically, this won’t change unless you lose signal entirely or turn your phone off or on. If you sign in to a non-standard network you’re generally sent a text message by the new provider – so watch for these and make sure you pay attention to them.

If you find yourself signed in to an overseas network, try turning aeroplane mode off and on again to see if you can re-connect to your home network.

If that doesn’t work, you should be able to manually select your own provider from the “network settings” in your phone’s menu.

Of course, if you’re in an area not covered by your home network, your best option is to act as though you’re abroad.

There’s some good news here – firstly, the amount you can be charged for roaming in the EU is capped. Secondly, it’s due to be scrapped entirely – just not yet.

Soon you’ll pay the same for Trois as Three

“Unfortunately, the EU has just voted to delay scrapping these charges,”

Mobile data spend is also capped by by UK networks to protect, but that still leaves people losing out. In the past year, one Brit in five has come home from an EU holiday to find their bills an average of £61 higher than they expected, uSwitch figures show.

To cut the cost overseas, you are recommended to turn off mobile data on your phone, and possibly contact your provider to switch off data roaming entirely.