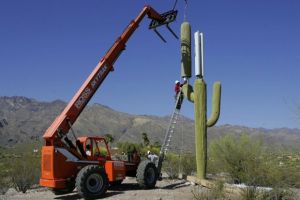 Roughly one of every five Americans (people from the United States not the continent) lives in a rural community, according to the latest Census Data. Many of those 59 million people are served by regional mobile operators, but they want the same services available to customers of the major carriers.

We wanted to share this nice little article below with you for a number of reasons:

The top 5 wireless telecommunications service providers by subscriber count in the United States are:

The top 5 wireless providers use LTE as their wireless communication standard, which has been deployed in most major population centers. All 5 wireless providers also maintain legacy voice networks. Of these, AT&T and T-Mobile use GSM, while Verizon, Sprint, and U.S. Cellular use CDMA. While the top 4 wireless providers operate nationwide wireless networks which cover most of the population in the United States, U.S. Cellular and other smaller carriers provide native network coverage across selected regions of the United States while supplementing nationwide coverage through roaming agreements with other carriers.

Bluegrass was the first regional operator to sign up for Verizon Wireless’s LTE in Rural America program, which launched five years ago. Bluegrass has its own LTE spectrum, but chose to go to market with Verizon instead. Said Barry Nothstine, vp of sales and marketing at Kentucky’s Bluegrass Cellular.

“Our customers want the exact same services that people in New York and Washington do, this program for us was simply the absolute fastest way that we could get LTE rolled out,”

said Nothstine. Bluegrass now offers LTE to 100% of its customer base.

“We wanted to differentiate ourselves from other national wireless carriers based on the extent of our LTE coverage,”

said Verizon’s Philip Junker, executive director of business development. Junker said Verizon has been pleasantly surprised by its customers’ level of activity on the partner networks. Those networks cover 169 counties in 15 states.

“If they were to apply for statehood, based on the area they cover, they’d be the ninth largest U.S. state,” said Junker.

Sprint has also initiated plans to bring more LTE to rural America. The carrier has a partnership with the Competitive Carriers Association and NetAmerica which enables customers of rural operators to roam on Sprint’s network and gives Sprint customers the same access on regional LTE networks.

LTE where it’s needed most
LTE can have an even greater impact in rural areas than it has in urban settings, because it enables services that may never be economic for wireline providers to offer. In southwestern Iowa, a mobile health clinic uses LTE to support diagnostics in sparsely populated counties served by Chat Mobility, one of Verizon’s partners. In Kentucky, Bluegrass Cellular says its customers have more access to healthcare and educational resources.

“I’m amazed at the difference it’s made in people’s personal lives,”

said Nothstine. He added that LTE is also making his customers more productive at work and in school.

“Being able to provide schools and businesses with tablets .. that’s where LTE has made a big difference for us,” he said.

LTE is also making high speed Internet access available to homes that do not have a viable wireline option. Verizon offers this to its customers through a program called LTE Internet (Installed) which delivers LTE to a broadband router. The router supports up to 20 devices through Wi-Fi, and up to four wired Ethernet connections. Bluegrass Cellular offers a similar home Internet option for its customers, using its own LTE spectrum.

Network sharing: how it works
There are three key elements to Verizon’s LTE in Rural America program: leased spectrum, roaming access, and a shared core. Partners lease spectrum from Verizon, provide their own radio access network, and then connect to Verizon’s core network.

“They have autonomy in terms of developing their RF plans. We do have some oversight on that,” said Junker. “We certainly specify standards that we want them to comply with. The goal there is to provide a seamless customer experience across the Verizon network and across the rural carrier’s network.”

Verizon holds regular summits for its partners to discuss new wireless technologies like VoLTE and AWS spectrum. In addition, each carrier partner has an engineering team that works closely with Verizon’s engineers.

“You might think Verizon is transmitting all the knowledge. It’s not the case,” said Junker. “We learn a lot from our rural carriers.”

Access to devices
Verizon has at least 39 devices certified for its LTE in Rural America program, including the iPhone 6 and the Galaxy S6. The list also includes fixed wireless devices, mobile Internet devices and tablets. Not all partners have all devices. For example, Nothstine said that Bluegrass Cellular offers 30 devices, including smartphones, tablets, and Wi-Fi hot spots.

[with Verizon]and when we launched, a lot of people had questions about devices,”

said Nothstine. He said regional carriers are now able to offer the full range of wireless devices, including those that enable healthcare apps and home security.

“Our customers are expecting to be able to buy the same stuff from us that they can get from the big guys,” he said.

That expectation also extends to mobile applications and access speeds. Mobile broadband is giving rural Americans more access to information, services and people that may be physically distant.

“We’ve been excited with .. the usage they’re putting on the network,” said Verizon’s Junker. “Rural communities have even a greater need for mobile broadband than urban communities.”