Skip to content
Expect the unexpected: how Roaming Propositions deserted me

Last Christmas my husband and I decided to go on holiday to Morocco, just like the Christmas before. We love the desert and the atmosphere of the Saharian countries, so every Christmas we usually go to Tunisia, Libya, Algeria or Morocco. This year, we actually felt a bit intimidated by the terrorist threats and we decided to avoid any trouble, we went to Morocco because it seemed a little bit more secure.

We have two labradors, Duna and Asia, that we greatly love: we always travel with them because they are part of our family and since we do not want them to travel by plane, we drove all the way across Italy, France, Spain until we reached Morocco. We have a Toyota off-road vehicle and we can be completely autonomous for several days with water, gas, food and whatever we need when we go to the desert.

Before leaving, just like we did the year before, we brought with us a local Moroccan sim card just to call home once every 2 or 3 days. I also had with me my Italian sim card, but I did not want to use it when in Morocco as the roaming costs are much higher than using a local sim card.

After 3 days from our arrival in Morocco, we started our trip into the desert where we were meant to spend at least 4 or 5 days (including New Year’s eve) alone with our beloved dogs, our books and complete detox from technology.

However, this year we were unlucky: while driving in the desert, we had a moment of extreme bad luck. The clutch of our car broke so our plans had to change dramatically. I was left out in the middle of the desert alone with my dogs while my husband ran to the nearest village for help.

After what seemed like an eternity, my husband returned with some help. our car was carried to the nearest town and unfortunately our nightmare only continued. In fact, it was immediately clear that a piece of the clutch was broken and it needed to be replaced. However, finding that piece was not the easier thing to do. 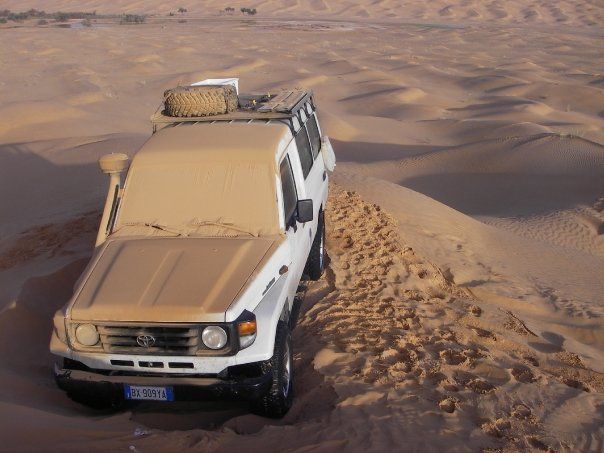 Imagine being in the desert, alone with your dogs, your car that should be your home for some days broken, mechanics that do not speak any English and very little French… and neither myself nor my husband spoke Arabic. So what happened, the mechanic travelled far and wide for the piece that was missing to fix the car, once to Agadir, the day after to Casablanca, the day after to Marrakech to look for a piece impossible to be found. After a few days I decided to get in touch with my brother in Italy to ask him to help us find the piece through Toyota.

I needed Whatsapp to be in touch with him easily and cheaply, therefore I decided to activate a roaming option offered by my home network. This option includes a certain number of minutes of calls, sms and megabyte.

Because I have been working in roaming for 18 years, I know very well what problems may arise when roaming abroad. That’s why the first thing that I did after activating this roaming package was to restrict all the data, leaving only Whatsapp active. I also deactivated the automatic updates of my Apple Iphone 5s, just to be sure that my data would have been used only for Whatsapp.

Before leaving Italy, my top up on my sim card was 170 euros. Less than 24 hours after activating my roaming package, I receive an SMS of my Home provider informing me that my 170 euros credit was over. Before having a panic attack, I immediately called my home network’s customer care and they simply told me that I had finished my bundle data allowance, therefore my top up was used to let me use the data service.

So, in few words:

– my data allowance was reached in less than 24 hours, apparently just using Whatsapp (not so much… actually). The customer care said that the reason is that the Iphone 5s continuously runs updates and back up… and basically my precautionary measures had been useless… it’s a problem they are aware of… so when you go abroad you’d better switch the data off!!!

– though my allowance was reached, I had not received any SMS or any kind of alert informing me that my bundle was over… if I had received such a message, I would have immediately deactivated the data service from my mobile 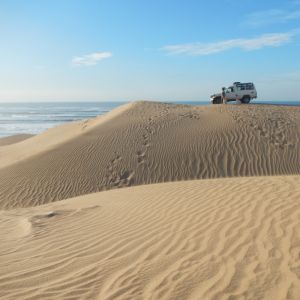 – though my allowance was reached, according to the Italian National Authority Regulator and to avoid bill shock, I should have been blocked once the expense of 50 euros was reached, whilst I was charged 170 euros… and it would have been more if my top up had been higher.

When I came back to Italy, I wrote to my home operator and I told them the entire story. In a few days, they refunded me the entire amount that I had lost.

After two months, several questions remain unanswered in my mind:

– I am not a telco engineer, but I have a 18 years experience and skills in roaming and nevertheless I was not able to prevent what happened to me

– I complained with my home operator by listing and mentioning all the regulatory rules that I know… but how about a layperson who may ignore what his rights are?

– I am still puzzled with my operator’s customer care response:

– Of course I will never ever use again a roaming bundle package when travelling abroad… but I reckon that this is a huge missed opportunity for operators: why do they push me to use only wifi??? Isn’t it against the industries interest?